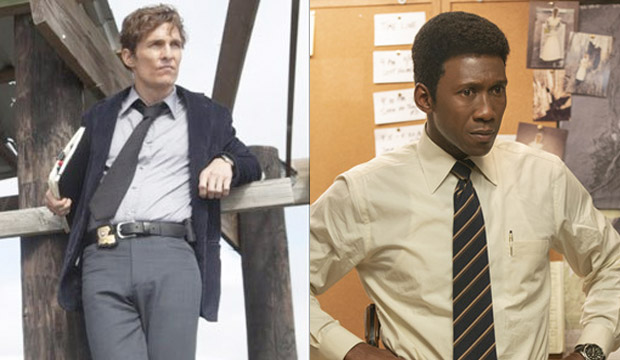 The first season of HBO’s crime series “True Detective” arguably helped Matthew McConaughey (“Dallas Buyers Club”) win an Oscar in 2013, as the well-reviewed program aired smack-dab in the middle of Academy Awards voting. Now that Mahershala Ali (“Green Book”) has taken the reigns as the Season 3 lead of the paycaster’s limited series, will he now follow in McConaughey’s Oscar-winning footsteps?

McConaughey’s ascension from surfer dude to Oscar champ may not have happened without his critically acclaimed TV role as Detective Rustin “Rust” Cohle. His first major television performance, which later scored nominations at the Emmys, Golden Globes and SAG Awards, kept him top of mind as academy members began marking their ballots. “True Detective” aired for eight episodes in January-March of 2014, with phase two of Oscar voting taking place February 14-25 of that year.

On Oscar night, McConaughey was the heavy favorite as he dominated much of the precursor awards for his role as AIDS victim Ron Woodroof in “Dallas Buyers Club.” His fellow Best Actor Oscar nominees that year were Christian Bale (“American Hustle”), Bruce Dern (“Nebraska”), Leonardo DiCaprio (“The Wolf of Wall Street”) and Chiwetel Ejiofor (“12 Years a Slave”). To date that was McConaughey’s one and only Academy Award nomination.

Flash-forward five years to 2019 and the third installment of “True Detective” is now airing in a similar time slot, from January 13 to February 24. While phase one of Oscar voting closed on the 14th, just one day after the premiere, phase two takes place February 12-19, right as the final episodes are airing. Season 3 has an 86% score at Rotten Tomatoes, suggesting TV critics see it as a huge step up from Season 2 (64%) and virtually on par with Season 1 (87%).

Ali’s characters in “True Detective” and “Green Book” couldn’t be more different. In the HBO series he plays Arkansas detective Wayne Hays who’s haunted by the case of two missing children across three different timelines. And in Universal’s film he takes on the true-to-life role of Don Shirley, a world-famous jazz pianist who teaches his driver (Viggo Mortensen) about the racial inequalities of the 1960s deep south. Ali won the Oscar for Best Supporting Actor two years ago for “Moonlight” (2016) and he’s been nominated again this year for “Green Book.”