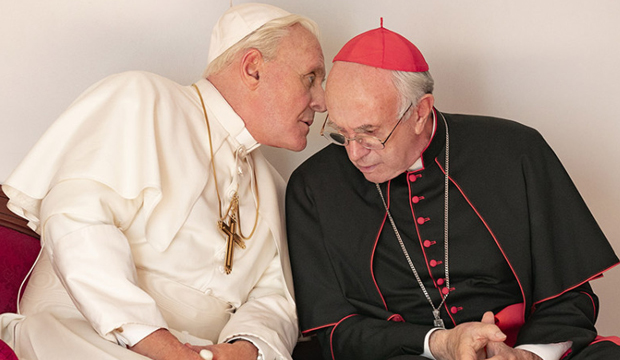 Fernando Meirelles’s film, “The Two Popes,” has won the Audience Award for Best Narrative Film at the 2019 Middleburg Film Festival. Along with winning the same award at the Hamptons International Film Festival earlier this month, the film is now gaining momentum to be a serious top-tier Oscar contender.

The festival, which just wrapped up its seventh year, is based in suburban Washington, D.C., and all of the past recipients of this honor have factored into the Oscar race in a big way. Five of the last six winners scored Best Picture nominations: “Philomena” (2013), “The Imitation Game” (2014), “Spotlight” (2015), “Lion” (2016) and “Green Book” (2018). Both “Spotlight” and “Green Book” went even further and took home the Best Picture prize. “The Two Popes” is currently in 13th place to win Best Picture with 37/1 odds of winning, according to our combined odds.

Helmed by Meirelles and written by Oscar nominee Anthony McCarten, “The Two Popes,” imagines a 2012 meeting between Pope Benedict XVI (Anthony Hopkins) and Cardinal Jorge Bergoglio (Jonathan Pryce), who would eventually become Pope Francis. Bergoglio, who has a more progressive view of where the church should go, seeks to retire from the priesthood. However, Benedict, with his more traditional views, keeps refusing Bergoglio’s request as he continues to argue with the cardinal’s approaches. The film beat out several major contenders in this year’s Oscar derby including “A Beautiful Day in the Neighborhood,” “Harriet,” “The Irishman,” “Jojo Rabbit,” “Marriage Story” and “Parasite.”

Sheila Johnson, co-founder of Black Entertainment Television, launched the festival as a way to showcase the town of Middleburg, which is located in the Northern Virginia exurbs of Washington, D.C. to the east of the majestic Shenandoah Valley and the Blue Ridge Mountains. While it’s home to just around 750 people, the town lies in the southwest region of Loudoun County, a booming commuter region with one of the highest median incomes in the entire country. The combination of beautiful country aesthetics located not too far from the power center of the country have helped the festival firmly establish its identity in such a quick period of time.