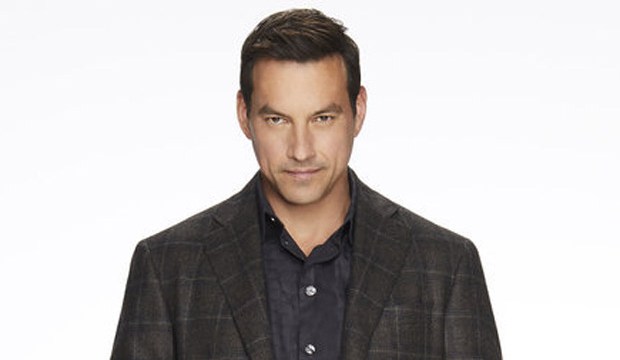 Tyler Christopher was last seen at the Daytime Emmys upsetting his “General Hospital” co-star Anthony Geary for Best Actor in 2016. It was the first victory of his career after playing the role of Nikolas Cassadine on and off for 20 years. Now he’s back in the Best Actor race in a new role on a different show. Will the academy reward him again as Stefan DiMera on “Days of Our Lives”?

The nominations and winners for these awards were decided in a single round of blue ribbon judging when panels viewed sample performance reels from each actor. Those reels weren’t made available to the public this year, but they were available to the press. Find out what scenes Christopher showed to Emmy voters below.

Synopsis: The reel begins with Stefan taunting his brother Chad (fellow Best Actor nominee Billy Flynn) about sleeping with his wife Abigail (Best Actress nominee Marci Miller) when her alternate personality Gabby was in control. By the next scene Abigail’s personalities have been reintegrated, but she discovers that she’s pregnant with Stefan’s child, so Stefan pleads with her not to terminate the pregnancy.

The reel then cuts to much later, when Abigail is back in a mental institution and her alter Gabby has reemerged; Stefan visits her, but he knows he can’t really have her because Gabby is just a manifestation of Abigail’s illness. He’s in tears as Gabby tries to convince him to be with her again.

The last scenes, which account for almost half of the reel, are confrontations with the real Gabi (Camila Banus). He knows the truth about Gabi’s schemes against Abigail and threatens to reveal the truth. Then he has her kidnapped and tied to a chair and threatens to kill her. He even brings a red-hot poker close to her face, threatening to disfigure her. At the end he wishes a merry Christmas to his dead father Stefano, who himself was a master of villainy.

Pros: Not many actors submitted villainous performances, so Christopher’s reel stands out from the rest with its dastardly tone. But he also shows a fuller picture of Stefan’s humanity as his love of Gabby changes him into a better more honorable man, only to have her slip away for good. Christopher is especially powerful in the mental hospital scene. Gabby does most of the talking there, but Christopher’s quiet, tearful reaction is heartbreaking as Stefan comes to accept that the woman he loves isn’t real.

Cons: Does his villainy go too far? While he shows many layers of Stefan, his opening scene in which he boasts about violating Abigail’s body while she was taken over by another personality may be so unsympathetic it’s hard for voters to get past, especially since the reel ends with him victimizing another young woman. In addition, the opening scene gives rival nominee Flynn strong emotional moments too, so judges might be tempted to vote for him instead.