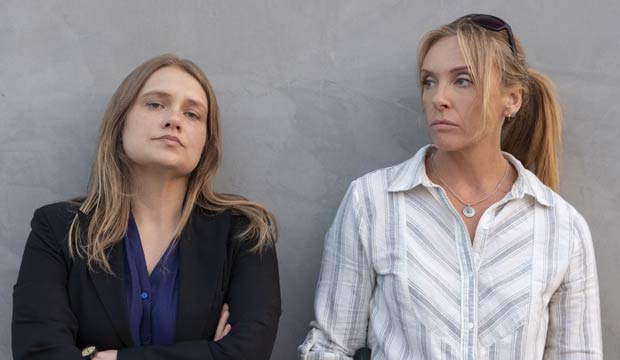 The 2019 Emmys aren’t over yet, but the 2020 race has already begun. The eligibility period for next year’s awards has been underway since June, and Friday’s premiere of the Netflix limited series “Unbelievable” adds another major contender to the list with its timely story, starry cast and impressive pedigree behind the camera.

Based on a Pulitzer Prize-winning article and an episode of the “This American Life” podcast, the series follows a pair of detectives (Toni Collette and Merritt Wever) as they investigate the rape of a teenager (Kaitlyn Dever), whose report of her assault was doubted by law enforcement. As of this writing, it has a Metacritic score of 81 based on 13 reviews counted thus far — 11 of them positive, two of them mixed. On Rotten Tomatoes, it’s rated 92 percent fresh based on 25 reviews, only two of which are negative.

The series is being described as “one of the best crime dramas in recent memory,” “radical,” “quietly revolutionary,” and it will “live with you” long after it’s over. Showrunner Susannah Grant (Oscar nominee for penning “Erin Brockovich” and Emmy nominee for producing “Confirmation”) is “interested in the survivor’s perspective” rather than in sensationalizing the crime itself. Wever is a “marvel,” while Collette “brings a believable frustration and anger to her character’s bluster,” and Dever gives “another exceptional performance.”

Wever and Collette are already Emmy winners. Wever prevailed for her supporting roles on “Nurse Jackie” (2013) and “Godless” (2018), while Collette was awarded Best Comedy Actress for playing multiple personalities on “United States of Tara” (2009). Dever hasn’t been nominated for an Emmy yet, but it may only be a matter of time for the up-and-coming actress, who at age 22 has already given noteworthy performances on “Justified” and “Cinema Verite,” as well as in the feature films “Short Term 12,” “Beautiful Boy” and “Booksmart.”

SEENetflix schedule: Here’s what is coming and leaving in September 2019

What do you think of “Unbelievable” and its Emmy chances? Check out some of the reviews below, and join the discussion on this and more with your fellow TV fans in our forums.

Jen Chaney (Vulture): “‘Unbelievable,’ one of the best crime dramas in recent memory and one of the best shows of 2019, takes an approach that is rare for the genre … is concerned with the victims of that rapist, how they are treated by an inconsistent criminal justice system, and what a difference it makes when a woman who says she’s been assaulted is not only heard, but treated with compassion. This should not qualify as a radical approach to crime storytelling. But it indeed feels radical.”

Allison Shoemaker (Paste): “There’s something quietly revolutionary about ‘Unbelievable.’ It is difficult to watch at times, the kind of series likely to live with you long after its final moments come to a close … It does not act as a voyeur. Under the guidance of showrunner Susannah Grant, it is far more interested in the survivor’s perspective.”

Kristen Baldwin (Entertainment Weekly): “Wever is a marvel as Detective Duvall, a soft-spoken woman of faith who masterfully uses the silence of listening to get anyone — a survivor or a suspect — to talk. Collette is somewhat less nuanced as Detective Rasmussen, a brusque, f-bomb dropping cynic, but the actress brings a believable frustration and anger to her character’s bluster. Dever, meanwhile, gives another exceptional performance as Marie, a young woman both hardened and broken by years of neglect.”

Inkoo Kang (Slate): “the creators’ efforts to reinvent and educate are also frequently undercut by a journalistic dryness — I lost count of the number of times that Wever and Collette spout statistics at each other about, say, the rate of domestic violence among male police officers. Lisa Cholodenko’s direction of the first three episodes fails to endow the show with anything resembling visual flair (expect lots of grim grays).”