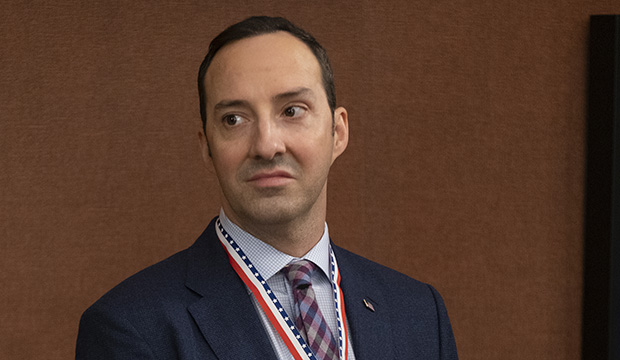 Tony Hale has been sitting in second place behind Alan Arkin (“The Kominsky Method”) in our Best Comedy Supporting Actor Emmy odds, but he’s making moves for the top spot on the heels of the “Veep” series finale.

Hale now has seven Experts backing him for the win, compared to five for Arkin. However, Arkin, who’s chasing a Triple Crown with an Emmy win, is still the odds-on favorite, due to being the No. 1 pick of six Editors (to zero for Hale) and 13 of our Top 24 Users (to seven for Hale). Arkin has 4/1 odds to 9/2 for Hale.

A two-time champ, Hale could easily nab his third Emmy for playing Gary on “Veep” and is a pretty much a lock to return to the field after “Veep” sat out last year’s Emmys. He didn’t have a ton to do in the final season, but that series finale was a doozy.

Selina (Julia Louis-Dreyfus) sacrificed her loyal bagman to be the fall guy for all of her Meyer Fund misdeeds so she could secure the presidency. It’s a total gut-punch as an unsuspecting Gary is arrested by the FBI while Selina is accepting the nomination. And it led to a moving scene at her funeral 24 years later, with a aged, broken Gary, whom Selina never visited in prison, placing the lipstick he had saved for her nomination on her casket. “You’d hate the flowers,” he said in a bitter yet reassuring tone. “But I brought the Dubonnet.”

It’s a devastating betrayal for Gary and a heartbreaking performance by Hale, and that sympathy factor could work in his favor. “Veep” is full of dirty people, but Gary was the one who was done dirty in the finale.