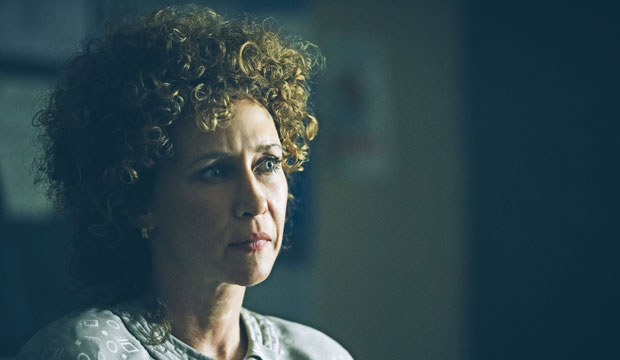 Ava DuVernay‘s fact-based limited series “When They See Us” premieres on Netflix on May 31 with a large cast that includes Niecy Nash, Joshua Jackson, Michael K. Williams, Famke Janssen and many more. It can be difficult to pick out individual standout performances from the crowded ensemble, but one of its likeliest acting nominees according to our current racetrack odds is Vera Farmiga. Will she earn a Best Movie/Mini Supporting Actress nom for playing a zealous prosecutor? If so, will she cash in her Emmy IOU after going unrewarded for “Bates Motel”?

Farmiga plays Elizabeth Lederer, the real-life prosecutor who tried the Central Park Five for the 1989 rape of a jogger, leading to their wrongful conviction. Though Lederer’s actions don’t exactly endear her to the audience, it often pays at the Emmys to have your day in court. Just look at all the Emmys David E. Kelley has won for his actors on legal dramas like “L.A. Law,” “The Practice,” “Ally McBeal” and “Boston Legal.” And Farmiga is a previous Emmy nominee: she contended for Best Drama Actress in 2013 for her role as Norma Bates in “Bates Motel.” That A&E series, a prequel to the horror film “Psycho,” was admired by critics and a cult favorite for fans, but that was her only Emmy nomination out of the show’s five seasons, and she never won.

As of this writing the actress is on the bubble according to our odds, which are calculated by combining the predictions of thousands of Gold Derby readers (make or update yours right here). She ranks eighth with 40/1 odds, but don’t count her out just yet. Three of the Expert journalists we’ve polled from top media outlets say Farmiga will earn a nom: Joyce Eng (Gold Derby), Tom O’Neil (Gold Derby) and Kaitlin Thomas (TVGuide.com). She’s also backed by four of Gold Derby’s Editors who cover awards year-round (myself included), four of our Top 24 Users who got the highest scores predicting last year’s Emmy nominations, and two of our All-Star Top 24 who got the best prediction scores when you combine the last two years’ Emmy nominations.

“When They See Us” is a dark horse in multiple categories and may rise higher in our odds after it premieres in May 31, the last day of Emmy eligibility. It certainly has ample support from Netflix, which is showcasing the series on the closing night of its FYSEE campaign in Los Angeles. Will Farmiga be part of a big windfall for the drama, or will the jury not find in her favor?