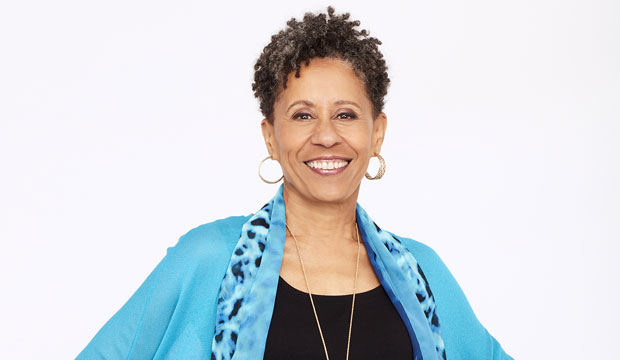 Last year Vernee Watson (“General Hospital”) won the Daytime Emmy for Best Guest Performer for her recurring role as Stella Henry, but this year she earned a promotion. The veteran character actress is now up for Best Supporting Actress, but can she win in this crowded field of six nominees?

The nominees and winners for these awards were decided by blue ribbon panels that viewed sample performance reels submitted by each actor. In recent years the TV academy released the reels publicly on YouTube, but this year only the press had access to the nominated material, so find out below what you need to know about Watson’s Emmy entry.

Synopsis: The reel opens with Stella in handcuffs at the police station. She has been arrested for assaulting a man, but she insists that the man was actually trying to rob her and she was simply defending herself. The next scene shifts gears, showing a tender interaction between Stella and Sonny (Best Actor nominee Maurice Benard), who is afraid to face the tough choices he’ll have to make about his father Mike (Best Supporting Actor nominee Max Gail), who is suffering from Alzheimer’s disease.

After that Stella is shown eating at a diner with Mike when she is surprised by her old love Marcus, who is in town for his wife’s medical treatment; Stella is visibly hurt when she hears that he’s married, but she remains warm and supportive to him. Then she is visited by her nephew T.J. (Tequan Richmond), who tries to convince her to attend the wedding of T.J.’s mother Jordan (Vinessa Antoine) to Stella’s nephew Curtis (Donnell Turner), but she tells him she’d regret it if she goes.

In the last scene on the reel we find out why. During a family therapy session (featuring guest star Chandra Wilson), Stella yells at Jordan because she feels Jordan abandoned T.J., and she still blames Jordan for the death of Curtis’s brother Thomas.

Pros: Watson expresses a wide range of emotions in this reel, with scenes ranging from quiet and tender to angry and defiant. She gets to be loving, supportive, indignant and heartbroken. The closing segment in family therapy is one of the most emotionally impactful scenes in the entire category. And since Watson is fresh off an Emmy win last year, we know voters are fond of her work.

Cons: These scenes present fragments of a few different storylines that don’t connect (her arrest, her care for Sonny and his father, her own family drama), so we don’t get to see the actress play out a consistent character arc. Also, this is one of the shorter reels in the category at just under 10 minutes, so voters might gravitate towards a submission showcasing more material.