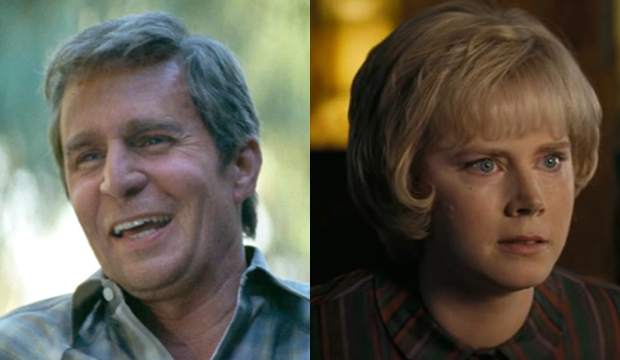 On film in contention at this year’s Oscars earned nominations for both Best Supporting Actor and Best Supporting Actress: “Vice.” How likely is it that both Sam Rockwell and Amy Adams will win Academy Awards on Feb. 24? In the 82 years since the supporting awards were introduced at the 9th Oscars, featured players from the same film have prevailed just eight times:

Adams was also nominated for “The Fighter” and Bale is up again this year for his leading role as Dick Cheney in “Vice.” But while Bale brought along Leo for the win then, he is unlikely to help Adams finally win an Oscar after six losses. Nor is Rockwell expected to pick up a bookend to the trophy he won last year for his supporting performance in “Three Billboards Outside, Ebbing Missouri.”

Adams portrays loyal wife Lynne Cheney. We were surprised that her overdue narrative did not capture the imagination of the precursor prizes. When Oscar frontrunner Regina King (“If Beale Street Could Talk”) was snubbed at both the SAG and BAFTA awards, we saw an opportunity for Adams. Instead those prizes went to Oscar-snubbed Emily Blunt (“A Quiet Place”) and “The Favourite” scene stealer Rachel Weisz.

We were equally surprised that Rockwell reaped a bid for portraying George W. Bush. To that end, he is ranked last in our odds chart with Mahershala Ali (“Green Book”) almost certain to prevail for the second time in three years.