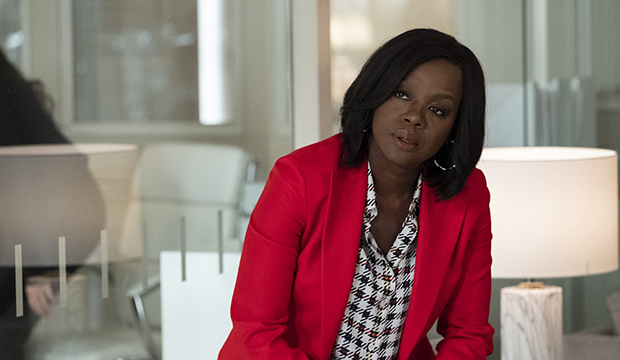 After one win and two more nominations for “How to Get Away with Murder,” Viola Davis was dropped from the Best Drama Actress Emmy lineup last year. But don’t immediately rule her out of making a comeback this year for the fifth season of the ABC series. Here are five reasons why I think it could happen:

1. She’s Viola Davis
Davis is a highly respected veteran in the industry. For playing Annalise Keating on “Murder,” she’s received three Best Drama Actress Emmy nominations (2015-17) and prevailed on her first go-round, becoming the first African-American actress to win in this category. So we already know that Emmy voters like her and her performance on this show. Her trophy case also consists of five Screen Actors Guild Awards, two Tonys, a Golden Globe Award and an Academy Award; two of her SAG wins were for “Murder.”

2. She was nominated last year
Yes, Davis may have missed out on her fourth consecutive Best Drama Actress nomination last year, but she did land a guest bid for playing her “Murder” character in the “Scandal” episode of the shows’ crossover event. As the lead actress category was stacked, nominating Davis in guest could’ve been a consolation prize for dropping her in lead. Her surprising bid in that category could point to support for her performance on “Murder.”

SEE Can Glenn Close follow in the Oscar-winning footsteps of Viola Davis?

3. The barren field
Only Sandra Oh (“Killing Eve”) is eligible to return out of last year’s six nominees. Tatiana Maslany‘s and Keri Russell‘s respective shows, “Orphan Black” and “The Americans,” have ended; Elisabeth Moss (“The Handmaid’s Tale”) and Evan Rachel Wood (“Westworld”) won’t have new seasons by the May 31 deadline; and reigning champ Claire Foy was two-and-done on “The Crown.” If “The Crown,” now with Olivia Colman in the lead, doesn’t premiere in time, that only helps Davis. And while she faces stiff competition from possible nominees Julia Roberts (“Homecoming”), Jodie Comer (“Killing Eve”), Emilia Clarke (“Game of Thrones”), Laura Linney (“Ozark”) and Robin Wright (“House of Cards”), Davis could get enough name-check votes to land a spot in the lineup. Sometimes voters like to return to what they already know.

4. Justice for “Widows”
Davis’ performance as Veronica Rawlings in “Widows” may have been lauded by critics, but her only major nomination was at the BAFTA Awards. After a rather disappointing box office haul, the movie did not live up to the Oscar expectations many had for it, but could that be good news for Davis at the Emmys? There may just be enough leftover love for her performance in the movie to carry her to another Emmy nomination.

5. If episodes mean anything anymore…
Emmy voters are probably not watching “Murder” anymore, but Davis continues to deliver on the show. She would have a worthy submission with the ninth episode, “He Betrayed Us Both.” (SPOILER ALERT) She gives another powerful, heart-wrenching performance as her character deals with the fallout of her stillbirth from years ago and a big family issue in the present. It’s the type of performance that Emmy voters love to award time and again: we see her character in multiple timelines, she’s drunk, she’s crying and yelling, and she’ll send tears down your face. But even if she were to be nominated and submit this episode, Emmy voters may not even watch it with the current honor system for screening episode submissions before voting.