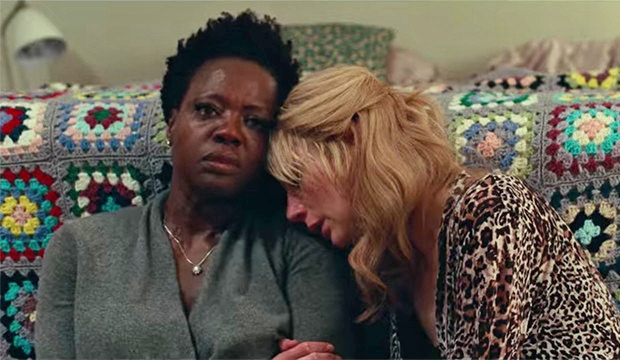 Viola Davis received a much-needed boost in our Best Actress predictions for her performance as Veronica Rawlins in “Widows” thanks to the BAFTA Awards, who just gave her her third career nomination. While Davis had earned a fair amount of nominations from critics’ groups for “Widows,” BAFTA was her one and only mention from the major precursors, having been snubbed at the Golden Globes, Critics’ Choice and SAG Awards. Now, she is in a position to potentially sneak in at the Oscars, as many had been predicting earlier in the season.

“Widows” has had a roller coaster of an award season, with its all-star cast led by Davis and the pedigree of Steve McQueen and Gillian Flynn making it an early contender. Then it was released in November and written about as a box office disappointment, and the CinemaScore was a solid but not spectacular “B.” As the critics began to weigh in, Davis made a solid showing. But when she was ignored by the Golden Globes, who love stars, and SAG, which has given her wins for “The Help,” “Fences” and twice for “How to Get Away with Murder,” plus Critics’ Choice when they nominated seven people in Best Actress, it seemed that hope was lost. But with BAFTA now nominating her and certain industry guilds like the Costume Designers Guild and the Make-Up & Hair Stylists Guild nominating “Widows,” it seems that Davis and the film are now having a mini-resurgence.

Best Actress is one of the most competitive races of the year, but there is still a path for Davis. It would be unusual for Glenn Close (“The Wife”), Olivia Colman (“The Favourite”), Lady Gaga (“A Star Is Born”), or Melissa McCarthy (“Can You Ever Forgive Me?”) to not get nominated at the Oscars after getting in at all four major precursors, so it’s all about that fifth slot. Emily Blunt (“Mary Poppins Returns”) has long been assumed to grab that spot, but when she didn’t get in at BAFTA of all places, it made her position shaky. There’s also Yalitza Aparicio (“Roma”), whose film is certainly cleaning up with wins but that hasn’t really extended to support for her, outside of Critics’ Choice. There’s also critics’ favorite Toni Collette (“Hereditary”), but being in a horror film puts her at an unfair disadvantage. Golden Globe nominees Nicole Kidman (“Destroyer”) and Rosamund Pike (“A Private War”) are also possibilities, but their films are so small and their performances haven’t made much impact on the race so far.

So then we come to Davis, who is certainly one of the most respected actresses in Hollywood, particularly over the past few years. “Widows” may not be one of the most celebrated films of the year so far, but the acknowledgment from places like BAFTA and those industry guilds at least proves it’s on the radar, which is sometimes half the battle. It’s also important to note that only showing up at BAFTA and going on to earn an Oscar nomination is not unprecedented. In the modern era it has occurred four times: Alan Alda for “The Aviator” (2004), Javier Bardem for “Biutiful” (2010), Gary Oldman for “Tinker Tailor Soldier Spy” (2011) and Lesley Manville for “Phantom Thread” (2017). All of these actors are well-respected thespians of their craft, much like Davis, likely getting nominated at the Oscars with a combination of their esteem as actors and the strength of their performances themselves.

Davis is not only an Oscar winner but a very recent Oscar winner, collecting her statuette for 2016’s “Fences.” She could very well benefit from the afterglow of her win, as we’ve seen time and time again at the Oscars. Her performance in “Widows” is also a commanding one, with Davis playing the leader of a group of women preparing to pull off a heist. Davis plays Veronica with a steely resolve while also grieving the death of her husband, a role of great gravitas that few actresses could pull off with such complexity. With a high profile nomination like BAFTA smack dab in the middle of Oscar voting, it seems more likely than we have come to assume that Davis could snatch up that Best Actress slot from her competition.