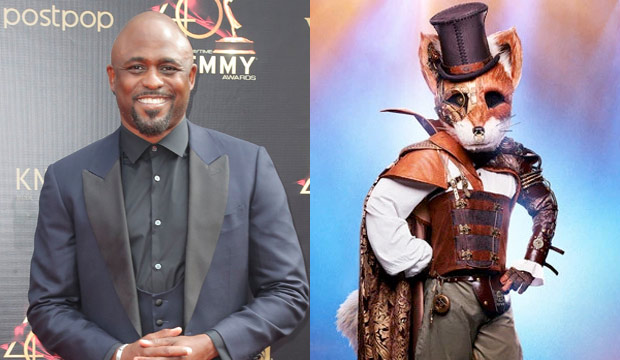 The audience has voted, the masks have come off and when all was said and done, the Fox was declared the winner of the second season of “The Masked Singer” and was revealed to be none other than Emmy-winning comedian Wayne Brady! Brady capped off his appearance on Wednesday’s finale by performing “Try a Little Tenderness” by Otis Redding with a touch of funk and hip-hop added to the routine.

But now that Season 2 is over, there’s one question left to ask: Do YOU think Brady deserved to win this season or were the other contestants robbed of the Golden Mask? Vote in our poll below.

Brady’s season was full of showstopping performances. Among the songs he won over the audience with included “This Love” by Maroon 5, “Hey Look Ma, I Made It” by Panic! at the Disco, “Every Little Step” by Bobby Brown, “Tennessee Whiskey” by Chris Stapleton, “Blame It” by Jamie Foxx and T-Pain and “This Christmas” by Donny Hathaway.

The runner-up for this season was the Rottweiler who was revealed to be singer-songwriter and former “American Idol” contestant Chris Daughtry. Daughtry showed off his amazing voice with a moving version of “Alive” by Sia. The other performances that carried him to the finals were “Maneater” by Hall & Oates, “Castle on the Hill” by Ed Sheeran, “Grenade” by Bruno Mars, “Someone You Loved” by Lewis Capaldi and “Mr. Brightside” by The Killers.

The third place finisher for the season was the Flamingo who was unmasked as former Cheetah Girls member and co-host of “The Real,” Adrienne Bailon. She made her closing argument by singing Tina Turner’s “Proud Mary.” Before that, Bailon’s amazing run included knockout versions of “Sucker” by The Jonas Brothers, “Footloose” by Kenny Loggins, “Never Enough” by Loren Allred, “Lady Marmalade” by Patti LaBelle, “Go Your Own Way” by Fleetwood Mac and “Hallelujah” by Jeff Buckley.

The two-hour finale was an emotional night, not only for the performers, but also for the judging panel composed of Robin Thicke, Jenny McCarthy, Ken Jeong and Nicole Scherzinger. All three of the performers’ emotional stories about how the contest had helped build their confidence in themselves brought several of the panelists to tears.