Before HBO aired the series finale of “Game of Thrones” Sunday night, it bombarded us with a bunch of trailers and promos to remind us, “Hey, we’ve got other shows too!” One of those trailers probably had you thinking in its first minute, “Hmm, this new Aaron Paul show looks interesting. I’ll watch it,” before you realized, “Holy sh–! I do watch this Aaron Paul show!” That’s because this Aaron Paul show is “Westworld,” and that Season 3 teaser is here to tell us that this ain’t our grandma’s “Westworld” anymore.

Backed by Pink Floyd‘s “Brain Damage,” the new footage reveals a whole new (west)world in Season 3. Gone is the robo-Western fantasy park of the first two seasons; here now is a more conventional futuristic, tech-savvy setting, still populated with robots. Plus, Sad Aaron Paul searching for purpose, meaning, “something, someone real,” you know the drill. I mean, look how dejected he is. 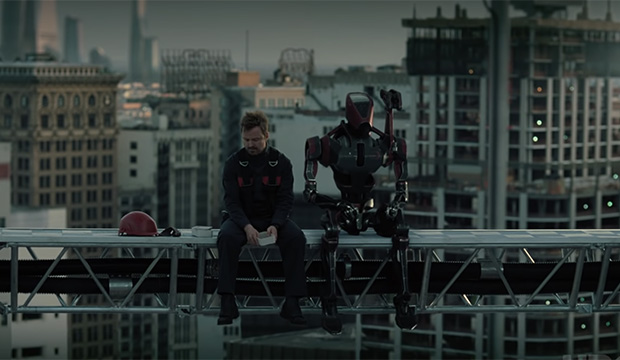 This is the new Sad Keanu.

In the last 15 seconds of the clip, Paul’s character crosses paths with a distressed woman under a bridge who reveals herself to be Dolores (Evan Rachel Wood). You’ll recall in the Season 2 finale that Dolores (and a Dolores whose mind is in the body of Tessa Thompson‘s Charlotte) entered the “real world.”

SEE The Emmys are lacking drama (contenders): Which show’s absence are you most bummed about?

We also get glimpses of new cast members Lena Waithe, Vincent Cassel, Kid Cudi and former running back Marshawn Lynch in the teaser.

Season 3 of “Westworld” — or “Westworld III,” as HBO is styling it — will arrive in 2020. An exact premiere date has not been announced yet, but since it’s been in production since March, the season will likely bow in the first half of the year, which would make it eligible for next year’s Emmys. There was a 16-month gap between the end of Season 1 in December 2016 and the Season 2 premiere in April 2018.