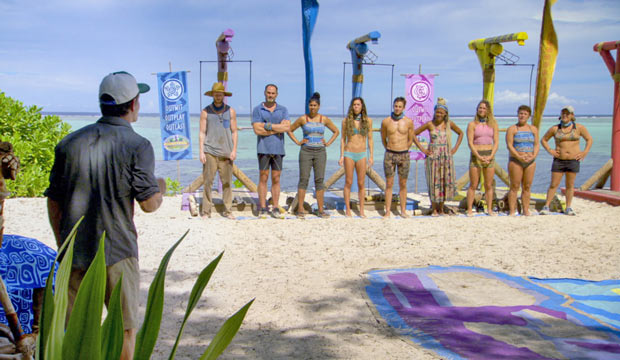 And then there were eight.

With the finale of “Survivor: Island of the Idols” scheduled for Wednesday, December 18, 2019 on CBS, the remaining castaways — Lauren Beck, Janet Carbin, Dean Kowalski, Karishma Patel, Noura Salman, Tommy Sheehan, Dan Spilo and Elaine Stott — can already taste the $1 million check. Only three will make it to the end, where they’ll face a bitter jury comprised of 11 people they voted out, blindsided and betrayed. Of the eight players still in the running, which one do you HOPE joins the “Survivor” winners list? Vote for your dream pick in our poll below.

In last week’s 11th episode, the Lumuwaku tribe reunited after temporarily being split into two groups that both had to vote someone out. The first group said goodbye to Aaron Meredith, with the second group booting Missy Byrd. They became the fourth and fifth members of the jury, joining Jack Nichting, Kellee Kim and Jamal Shipman. The Ponderosa jury house soon welcomed one more in the form of Olympian Elizabeth Beisel, who was eliminated after Karishma played a hidden immunity idol to save herself.

When the dust settled, the remaining eight players were made up of five original Vokai (Lauren, Janet, Noura, Tommy and Dan) and three original Lairo (Dean, Karishma and Elaine). If original tribal loyalities are still the end-all and be-all, then we can expect one of the Vokai tribe members to win the game. However, don’t underestimate Karishma’s chance to make it to the end as a “goat” — as in, someone that will be brought to the final three under the assumption they won’t nab any jury votes.

SEE‘Survivor’ 39 episode 11 recap: Who was voted out in ‘Bring on the Bacon’? [UPDATING LIVE BLOG]

Several times this season there have been whispers of an all-girl alliance, and now would be the perfect time to put that into action. After all, Dean, Tommy and Dan are clearly outnumbered three-to-five if the females wanted to knock them out one by one. But since the other female alliances this year all fizzled out, we’re not holding our breath.

Then there’s the threat of hidden immunity idols. As we saw with Karishma last week, these can have a truly game-changing effect on the tribe when played correctly. Karishma’s idol will undoubtedly be put back into the game for someone to find, so keep an eye on that. There’s also Dean’s fake “legacy advantage,” which he pretended to use last week (it was really just a fake of a fake). It’s possible the threat of this advantage could maneuver some loyalties Dean’s way in the final six, the next time he’s able to use it, but it’ll be a long shot.