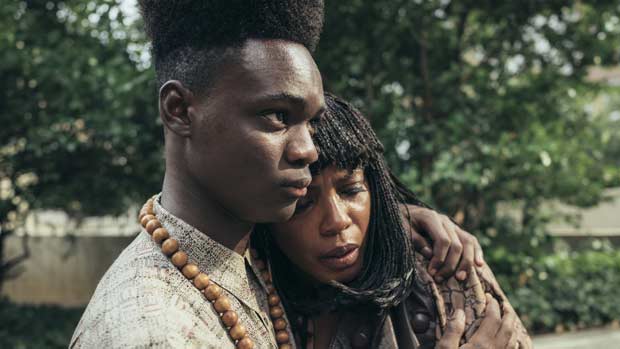 Ava DuVernay‘s four-part Netflix limited series “When They See Us” premiered on May 31, just in time for Emmy eligibility. The docudrama tells the true story of the teenagers known as the Central Park Five, who were wrongly convicted of the 1989 rape of a New York City jogger and weren’t exonerated until 2002. It’s one of the most critically acclaimed programs of the season.

As of this writing “When They See Us” has a MetaCritic score of 88 based on 15 reviews, of which 14 are positive and only 1 is mixed. It’s also 88% fresh on Rotten Tomatoes based on 24 reviews (only 3 of which are classified as negative). It’s being described as “impassioned,” “profoundly rich,” “personal” and “the most important TV event of the year.”

So will it win Emmys? True crime dramas have done well in recent years, with FX’s “The People v. O.J. Simpson” and “The Assassination of Gianni Versace” winning Best Limited Series in recent years. Other programs dealing with the criminal justice system have also been recognized, including ABC’s “American Crime” and HBO’s “The Night Of.”

DuVernay herself is already an Emmy winner. She collected two trophies in 2017 for writing and producing the documentary “13th,” also for Netflix. Like “When They See Us,” that film detailed the inequities in the criminal justice system against people of color. But DuVernay hasn’t won yet for directing. In fact, no black woman has ever won a Primetime Emmy for directing, so a victory for her in that category would be especially significant.

SEEVera Farmiga (‘When They See Us’): Will she cash in her Emmy IOU after ‘Bates Motel’ snubs?

Critics have also singled out actor Jharrel Jerome for his “incredibly persuasive” performance. He plays Korey Wise, one of the persecuted teens, and he’s the only actor to play his character as both a teenager and an adult. The 21-year-old Jerome would be an unusually young Emmy winner, but Best Movie/Mini Actor has skewed younger in recent years with the last two prizes going to 30-somethings Riz Ahmed and Darren Criss for the aforementioned “The Night Of” and “Versace,” respectively.

Check out some of the reviews below, and make or update your Emmy predictions here in our predictions center to let us know if you think this limited series is a winner in the making.

Willa Paskin (Slate): “‘When They See Us’ … is impassioned, worthy, and at times very moving. It is also regularly excruciating. A particularly pointed example of a new kind of Must-See TV, ‘When They See Us’ appeals not to our pleasure centers but to our higher minds, our civic responsibility, our duty to watch for the greater good.”

Melanie McFarland (Salon): “Ava DuVernay’s Netflix series about 5 wrongfully accused boys could be the most important TV event of the year … Through the careful ministrations of Young, DuVernay and a superlative cast, this is a series that makes previously erased people seen and known. Art has few greater purposes than that.”

Sophie Gilbert (The Atlantic): “What this means is a miniseries that’s both profoundly rich and extraordinarily hard to watch … What makes it vital, though, is Jerome’s performance as a kid growing up in front of our eyes, under the most outrageous circumstances. The 21-year-old actor, best known for playing the teenage Kevin in Barry Jenkins’s ‘Moonlight,’ manages to make Korey seem permanently on the verge of breaking, while also conveying the trust he gives out so easily — a trait that only makes him more vulnerable to the abuses of others.”

Jen Chaney (Vulture): “This scripted miniseries, which debuts Friday on Netflix, feels more personal due to DuVernay’s intimate approach — she directed and co-wrote all four episodes — and thoughtful performances across the board, especially from the actors who portray the wrongly accused as boys and men … Jerome is blessed with a youthful face that, with added facial hair, can slide easily up and down the age spectrum. But he also uses his expressions and body language as incredibly persuasive tools.”