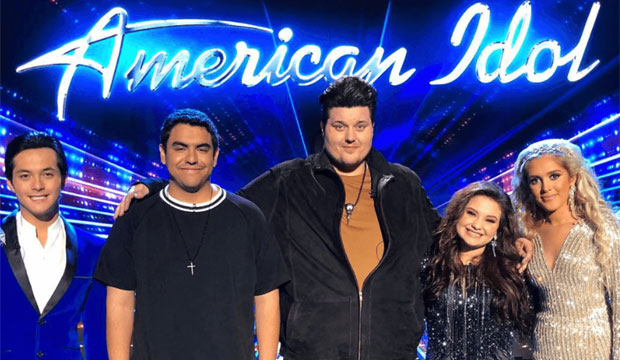 We are down to the final five on season 17 of “American Idol.” On May 5, the Top 7 took to the stage to sing two songs: one celebrating the 50th anniversary of the Woodstock music festival and the other that was styled as an inspirational showstopper. After the results of the public vote were revealed by Ryan Seacrest, the five contestants still standing are: Alejandro Aranda, Laci Kaye Booth, Wade Cota, Laine Hardy and Madison VanDenburg.

Laci only made it into the Top 5 when judges Luke Bryan, Katy Perry and Lionel Richie opted to use their one save of the season. They chose her over Jeremiah Lloyd Harmon. Do you think this was the right decision? Be sure to cast your vote in our poll. Does Laci’s near-elimination mean that she is out of the running to be crowned the winner of  “American Idol” on May 19?

After reviewing the rundown of all the songs that the Top 5 have sung to date in this reality competition, be sure to vote for your favorite in our poll. And then sound off with your thoughts on this ABC revival of “American Idol” in the comments section.