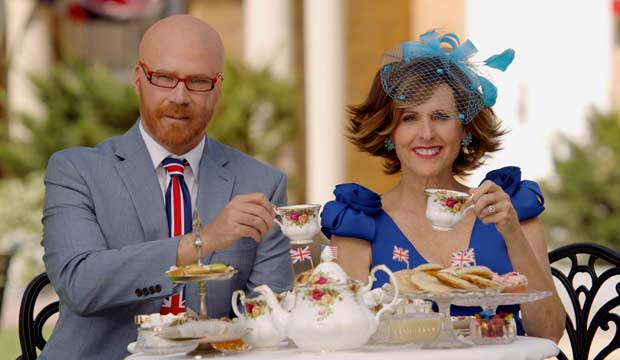 As a writer, producer and performer, Will Ferrell has earned eight Primetime Emmy nominations over the course of his career thus far, but he still hasn’t won one. However, he may finally get his due next month at the Daytime Emmys, where he’s nominated not once, but twice for Best Special Class Writing, both for the “Cord and Tish” live specials he co-hosted with Molly Shannon.

Emcees Cord Hosenbeck (Ferrell) and Tish Cattigan (Shannon) parodied the live commentaries of major televised events. One of Ferrell’s nominations is for “The 2018 Rose Parade Hosted by Cord and Tish,” which streamed on Amazon and poked fun at the annual New Year’s Day event, where floats are required to be covered in organic materials like flowers, plants, vegetables and seeds. Ferrell is nominated for that alongside co-writers Jake Fogelnest and Andrew Steele, and they also received a Writers Guild Award nomination for it earlier this year.

The comedic commentators returned in May 2018 for HBO’s “The Royal Wedding Live with Cord and Tish,” which covered the much-hyped nuptials between Prince Harry of Wales and Meghan Markle. Ferrell is nominated for that too, along with Fogelnest, Steele and Jocelyn Richard. Those two specials are up against the writers from “The Ellen DeGeneres Show,” “The Henry Ford’s Innovation Nation” and “To Life: How Israeli Volunteers Are Changing the World.”

Ferrell’s first Primetime Emmy nomination came in 2001 in the now defunct Best Individual Variety Performance category for his work on “Saturday Night Live.” Perhaps surprisingly, that’s his only Emmy nom to date as a performer. After that he was nominated once as a variety writer (“You’re Welcome America: A Final Night with George W. Bush”) and six times as a variety producer (one for “You’re Welcome America,” four for “Drunk History,” and one for “I Love You, America with Sarah Silverman“). But still no wins. After that shutout in primetime, perhaps these awards will help him see the light of day.