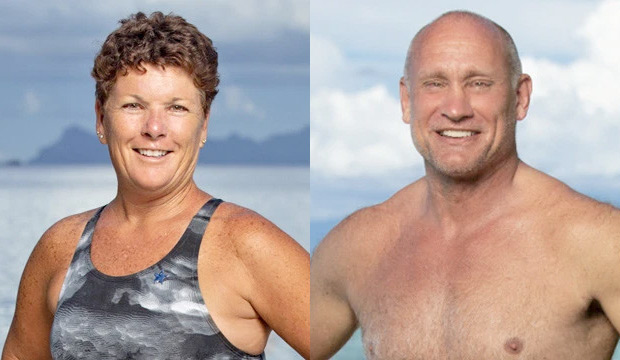 Back in 2000, during the first season of  “Survivor” that took place in Borneo, a semi-tradition was born. The first two contestants to be voted out by their tribes were Sonja Christopher, 63, and B.B. Anderson, 64. Early in the game, Sonja hurt her foot while B.B. took his tribemates to task about their lack of work ethic. At least three truisms about the show were  established on the first episode. One, don’t be weak. Two, don’t be bossy. And three don’t be a senior citizen.

Yes, then-72-year-old Rudy Boesch, an ex-Navy Seal and the oldest contestant ever, hung in there by smartly aligning with the strongest players. But even he got quickly canned during an All-Stars season held on the Pearl Islands that aired in 2004. He hurt his ankle early on and soon after was the second person to be voted off.

Heck, even football coach Jimmy Johnson who led the Dallas Cowboys to two Super Bowl wins couldn’t get respect on 2010’s “Survivor: Nicaragua” when a team of over-40s were pitted against players aged 30 and younger. Johnson, 67 at the time and the cast elder, was the third player voted out. He tried to lead his Espada tribe but was swiftly overthrown. The ages of the three male finalists?  A youthful 30, 24 and 21.

Since “Survivor” began, it is rare that at least one contestant over 40 isn’t among the first four castaways to say “sayonara.” That certainly happened on “Survivor 38: Edge of Extinction” earlier this year to Reem Daly, 46, a sales rep who managed to string together several “Survivor” no-no’s on the first episode. She was over 40, she went all “mom” on her tribe mates by picking up their wet clothes and drying them and she had a hard time keeping her opinions to herself.

The funny thing is, Reem proved herself to be strong both mentally and physically just by keeping her wits about her while spending 32 days on a rather barren beach and never being able to get back in the game. Meanwhile, Julie Rosenberg, also 46, basically was content to tag along with the majority while often getting over-emotional. Although she won a couple immunity challenges, she only made it to second runner-up after getting no votes from the jury.

SEE ‘Survivor’: Top 21 greatest losers ever — Do YOU think they were robbed?

But age could become just a number when “Survivor: Island of the Idols” premieres on September 25 at 8 p.m. ET/PT on CBS. That because, judging from their bios on the reality show’s site for its 39th edition, the two oldest contestants in the cast (pictured above) sound like bad-asses and seem to be in great physical shape.

There is Tom Laidlaw, 61, a retired pro hockey player who currently lives in Greenwich, Connecticut, and the first Canadian-born person to compete on “Survivor.” The defenseman skated for the New York Rangers and the Los Angeles Kings in the ’80s and the ’90s. He describes himself as “disciplined, dedicated and stubborn.” He is into fitness but is afraid of heights.

His female equal could be Janet Carbin, 59, a chief lifeguard from Palm Bay, Florida. Her hobbies include body surfing, softball and rowing lifeguard boats. As she notes, Janet has saved lives. As for her pet peeves, they are “laziness and being wasteful.” Her inspiration in life is no less than Tina Turner. Why? “She walked out and made no excuses — and made it big.”

SEE Countdown to ‘Survivor: Island of the Idols’: Season 39 with Rob and Sandra premieres sooner than you think

As for the rest of the 20-member cast this season, they are mostly 20-and-30-somethings save for two 40-plus hopefuls: Elaine Stott, 41, a factory worker from Kentucky who describes herself as “independent, stubborn and kind.” She is smart enough to realize that her tribe mates might underestimate her and compares herself to Rupert Boneham.

Then there is talent manager Dan Spilo, 48, who hails from Los Angeles and says he is “hardworking, articulate and charming.” I fear for him a bit since this self-described softy admits to having cried at “Finding Nemo.” But he, too, likes fitness and admires Jane Goodall‘s devotion to chimpanzees.

For these four contestants alone, I am looking forward to seeing if they can up-end some of the standard behavior on the show. Right now, however, I am rooting for Janet or Elaine to go all the way considering that only one woman over 40 has ever won: Denise Stapley of “Survivor: Philippines”  that aired in 2012.

Yes, the twist this season touts the return of two “Survivor” superstar winners, Boston Rob Mariano and Sandra Diaz-Twine, who serve as mentors for the new cast after spending a combined 200 days competing on the show . The funny thing is, both veteran players are now in their 40s — Rob is 43 and Sandra is 45. They just might have some hard-won insights for these four castaways on how to beat those young whippersnappers while proudly representing an older demographic. Plus, host Jeff Probst is 57 himself. Answer the poll below and share your thoughts in the comments section.

'Big Brother 23 spoilers': Xavier is ready to carry out the Week 3 plan and the target has no…