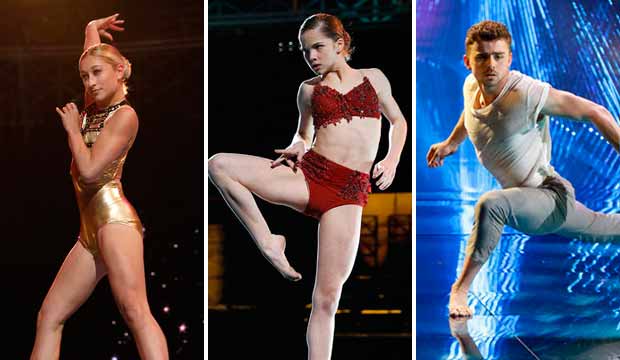 “World of Dance” is about to end its third season, and for the third time in a row there’s a contemporary soloist in the World Final competing for the million dollar grand prize: Upper Division champion Briar Nolet. But so far only hip-hop dancers have ever won the show. Can Nolet succeed where Eva Igo and Michael Dameski failed? Make your predictions here in our predictions center for Sunday night’s grand finale.

Eva Igo became a fan favorite when she competed on the show during its first season. She made it to the World Final, but was narrowly beaten by hip-hop duo Les Twins in a battle that came down to literally one-tenth of a point — so close, yet so far. Igo even tried her luck on the show again in season two, but she was upset midway through the competition, knocked out during the Duels by Avery and Marcus.

There was another contemporary hope in the second season, though: Michael Dameski. He came to this show after winning Australia’s version of “So You Think You Can Dance,” but for a while it seemed like he would be doomed to be an also-ran because his division that season had been dominated by the Latin cabaret duo Karen y Ricardo. Nevertheless, Dameski pulled out all the stops and stunned them in the Division Final, winning a spot in the million-dollar finale. However, he too fell short as hip-hop crew The Lab beat him for the world title by 1.5 points.

Will Nolet be yet another soloist stuck in second place? Maybe not. She has shown grit and determination throughout the season. During the Duels she was actually eliminated, but the newly instituted redemption round gave her another chance and she advanced to the Cut. Then she made it to the Divisional Final, and she won that, so now she’s on her way to the World Final. She has a steep hill to climb against the high-flying The Kings, who have proven indomitable all season. But then again, so did Karen y Ricardo last year.