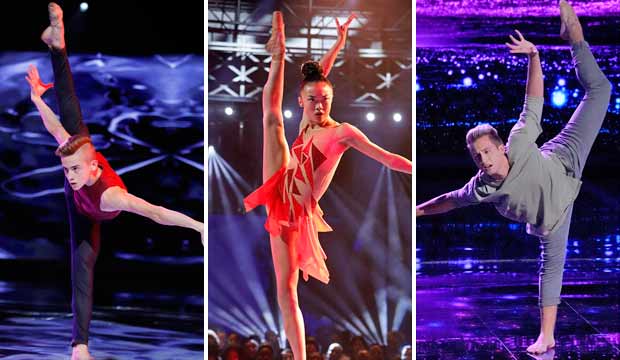 Since “World of Dance” premiered in 2017, some of its biggest breakouts have been contemporary solo dancers like teenager Eva Igo in season one and Aussie Michael Dameski in season two. So why have contemporary soloists struggled so much for recognition in season three? Midway through the season, several such dancers have been eliminated or made it through by the skin of their teeth. Are the judges being too hard on them this year, or does this crop of contenders not measure up to the high standards Igo and Dameski set?

There has been one major exception to the contemporary soloist curse this season: Lauren Yakima, who bears some resemblance to Igo and also shares her heart-on-her-sleeve emotional style. Her Qualifiers and Duels performances were the two highest scoring routines in the Junior Division all season, and deservedly so — her moves would be the envy of Neo in “The Matrix.” But she’s not the only dancer worthy of high scores.

Upper Division contestant Briar Nolet was a favorite of our readers both times she performed so far, but her scores were middling relative to other acts, and Ne-Yo complained that her Duel performance was too much of a “showcase” and not enough of a battle dance. She eliminated that night, but advanced to the next round anyway after winning the redemption round. That same night Derek Piquette gave a performance that Derek Hough didn’t think was emotionally authentic and was eliminated outright.

Ne-Yo criticized both Piquette and Junior Division soloist Aydin Eyikan for paling in comparison to Dameski; Eyikan was eliminated too. And Kayla Mak, who blended contemporary dance with ballet, surprisingly lost her Duel against the teen hip-hop duo Funkanometry. Like Nolet, she made it to the next round only by winning her redemption dance at the end of the night.

SEE‘World of Dance’ recap: The Duels 3 decided who would make the Cut in the Junior Division [UPDATING LIVE BLOG]

What do you think? Is Yakima really the only contemporary solo dancer worthy of consistently high scores this season, or have the judges been unfairly stingy to the others? Vote below.