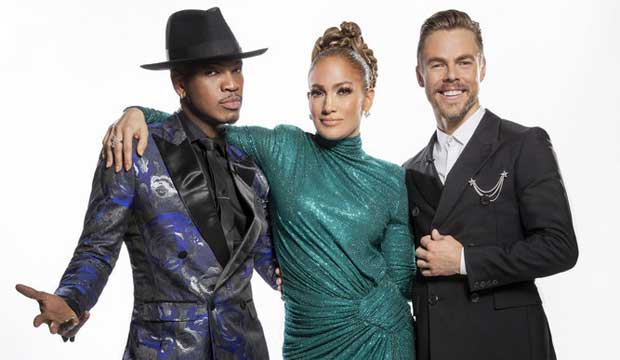 “World of Dance” is unlike other competition shows like “Dancing with the Stars” and “So You Think You Can Dance” in that it’s pre-recorded and only the three judges — Jennifer Lopez, Derek Hough and Ne-Yo — get to pick the winners. And fans of the show … like that just fine, actually. We asked our readers if they thought the show should go live so viewers at home could have a say, and most of them actually voted no on whether they should vote. Scroll down to see our complete poll results.

Only 32% of readers thought “World of Dance” should switch to live shows so fans at home could help pick the winners. Another 23% thought the show should remained pre-recorded, but allow the studio audience to vote, much like “Dancing with the Stars: Juniors” did last fall. The last 45% of respondents think the show is fine just the way it is, and a reality show where a plurality of fans think everything is hunky-dory is damn near miraculous.

And honestly, I’ve got to agree with that 45%. Fan voting can lead to haywire results, as we saw last season on “Dancing with the Stars” when Bobby Bones became one of the lowest-scoring winners of all time thanks to the relentless support of his fans voting at home. To be fair, that was an anomaly, but I’m not sure I’d want to risk the fate of The Kings on it with a million dollars on the line.

Do you agree with our respondents that Lopez, Hough and Ne-Yo are doing just fine judging this elite dance contest or should the show really invite more input from the folks at home? 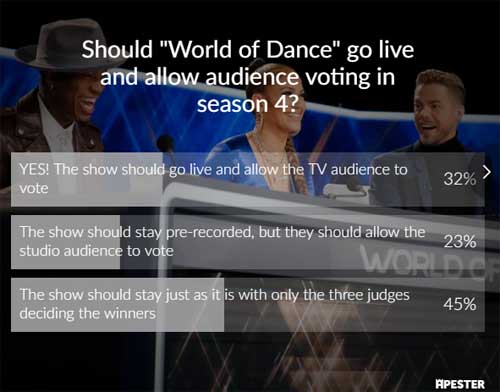