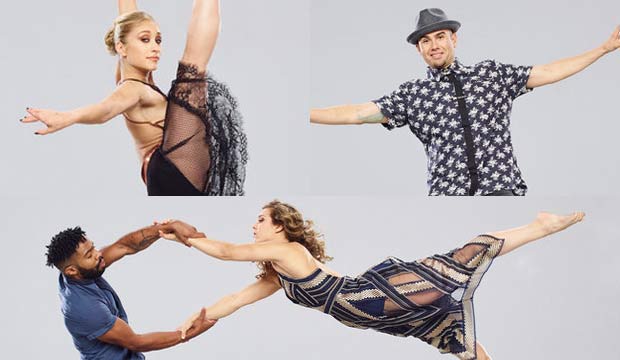 Now that “World of Dance” is narrowing down the field to the best of the best, we’ve opened our predictions center so you can tell us who you think will win the Upper Division and Junior Team Division. And after the Upper Team Division and Junior Division finalists are decided at the end of the Cut round on April 21 you’ll be able to predict who will win the whole season. Chime in right here and right now and update your predictions as often as you like until the Divisional Finals.

The Upper Division consists of acts aged 18 and over with up to four members, and the three who advanced to the Divisional Final from this crop include two contemporary acts (Briar Nolet and Derion and Madison) and one hip-hop performer (Poppin John). But this field has been in flux all season, so the door is wide open for any of them to reach the million-dollar finale.

SEE‘World of Dance’ recap: The Cut 1 chopped the Upper Division and Junior Team Division in half [UPDATING LIVE BLOG]

Poppin John, for instance, almost didn’t qualify at all. His first performance received an average score of 85.3, which was just barely over the 85.0 threshold needed to advance. But his scores just keep going up. He won the Duels round in an upset victory with a score of 91.3, and then he survived the Cut with a score of 95.0.

Nolet has similarly been an underdog. After a modest score during the Qualifiers (87.3), she was defeated in her Duel, but got another chance thanks to the show’s new redemption round. She won that round, which earned her a spot in the Cut, and she made the most of her second chance: she advanced to the Divisional Final with the highest score in her field (95.3).

Derion and John have been the most consistent contestants in the Upper Division, always averaging 90 or above for their dances. They actually have the highest overall average in the Upper Division when you combine all of their dances this season so far (91.6). However, they finished third during the Cut behind John and Nolet, so they’re going to have to pick up the pace if they want a chance at the million-dollar grand prize.

There have been upsets throughout the season in the Upper Division, so this may be the closest contest out of any of the divisions. Just look at the other season-long averages: 90.9 for Nolet and 90.5 for John, which means these three contenders are separated by just 1.1 points. This could be anyone’s game.

Judges for this season are the same as the past few seasons: Jennifer Lopez, Ne-Yo, Derek Hough.