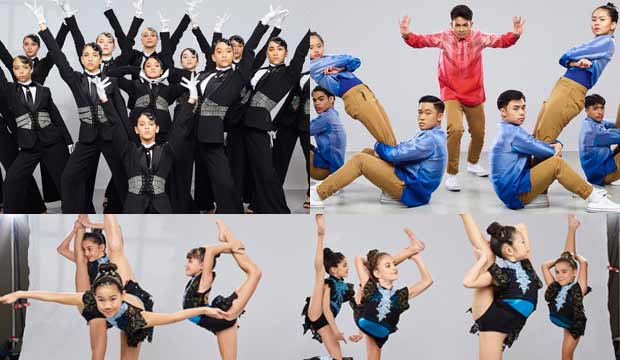 Season three of “World of Dance” has just a few weeks left, and the Junior Team Division is down to its final three competitors after the Cut on Sunday night. The Crazy 8’s, Dancetown Divas and VPeepz are moving on to the Divisional Final. The tiny tykes in the Crazy 8’s started off as front-runners in their division, but VPeepz brought the house down during the Cut. So can the Crazy 8’s still win the division for a chance at the million-dollar World Final? Let us know by making your predictions here in our predictions center.

The Junior Team Division features groups with more than four members under the age of 18. The contemporary Crazy 8’s made good use of their flexibility and got the highest score in their division during the Qualifiers. Then they got one of the highest scores during the Duels and won there too. But the hip-hop crew VPeepz pulled out all the stops during the Cut with a routine that got the highest average score for any junior team this season so far: 98.7. That included a perfect 100 from Ne-Yo, which made VPeepz the second junior team ever to get a perfect score from one of the judges. The other was The Lab in season two, who got multiple 100s and ended up winning the whole season.

Will VPeepz do the same? Soon they’ll face off against The Crazy 8’s and Dancetown Divas at the Divisional Final to decide which junior team moves on to the season finale for a shot at the million-dollar grand prize. All three teams have proven capable of earning a winning score, so perhaps VPeepz peaked too soon. It could be time for someone else to achieve perfection.