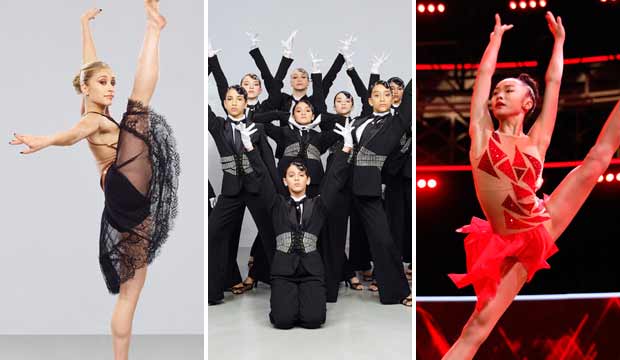 “World of Dance” introduced a new twist this year: the Redemption Round. After the head-to-head, single-elimination Duels, the two eliminated acts with the highest scores got to perform again for a chance at one last wild-card slot in the Cut. Well, three of those redeemed acts ended up surviving the Cut, and now they’re on their way to the Divisional Final. Could all three make their way to the World Final? Could one of them even win the million-dollar grand prize? That would be the ultimate redemption.

Contemporary soloist Briar Nolet lost her Upper Division Duel to hip-hop-ballroom duo All Ready. But she won her redemption dance, and then in the Cut she ended up with the highest score in the division (95.3), while All Ready were eliminated. Sweet revenge! Now our readers think Nolet is the favorite to win the Upper Divisional Final too.

In the Junior Team Division, Latin ballroom troupe Dancetown Divas lost their Duel to JDC, but the result was the same as it was for Nolet: the Divas won their redemption dance and then survived the Cut, while JDC were eliminated.

And in the Junior Division, ballet-contemporary soloist Kayla Mak was knocked out of her Duel by the hip-hop sibling duo Funkanometry, but — you guessed it! — Mak ended up advancing to the Divisional Final while the Funk brothers got cut in the Cut.

SEE‘World of Dance’ recap: The Cut 2 chopped the Upper Team and Junior Divisions in half [UPDATING LIVE BLOG]

So it turned out that winning the Duels was bad luck for some acts this season. Redemption dancers have turned out to be like Obi-Wan Kenobi: “If you strike me down, I shall become more powerful than you can possibly imagine.” If Nolet, Mak and the Divas had competed last year, they would have been eliminated during the Duels without a second thought, but this year they’re still contenders for the million-dollar prize. I’d say that makes this year’s redemption twist an unqualified success.