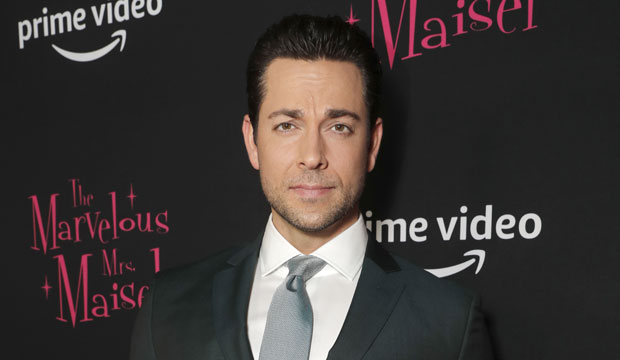 The 2019 MTV Movie and TV Awards have announced the host for their 28th annual kudos honoring the best work on the big and small screens. “Shazam!” star Zachary Levi will emcee the event taking place on June 17 at the Barker Hangar in Santa Monica, California.

Levi rose to fame as the title character in the spy comedy series “Chuck,” which ran for five seasons from 2007 to 2012. Since then he has been featured in the Marvel Cinematic Universe as Fandral in the “Thor” films. He also appeared on Broadway twice, first in the original musical “First Date” (2013) and then in the revival “She Loves Me” (2016), the latter of which earned him a Tony nomination for Best Actor in a Musical.

Most recently he joined the cast of “The Marvelous Mrs. Maisel” for its second season last fall, which won him a SAG Award as a member of the ensemble cast. And this spring he jumped from the MCU to the DCEU when he appeared in the DC Comics-based superhero movie “Shazam!” as the title character. As of this writing that film has grossed $120 million domestically and $321 million worldwide.

Levi could be an MTV Movie and TV Award contender himself for “Shazam!” but the nominations haven’t been announced yet. We can expect the contenders to be revealed sometime after the release of “Avengers: Endgame.” That’s what happened last year: the nominees were unveiled after “Avengers: Infinity War” opened, and it was nominated for Movie of the Year.

SEEMTV Movie and TV Awards 2018: ‘Black Panther’ is big winner of the night with 4 victories including Best Movie

Are you excited to see Levi on the MTV stage? How do you think he’ll compare to recent hosts like Rebel Wilson, Amy Schumer, Adam DeVine and Tiffany Haddish?