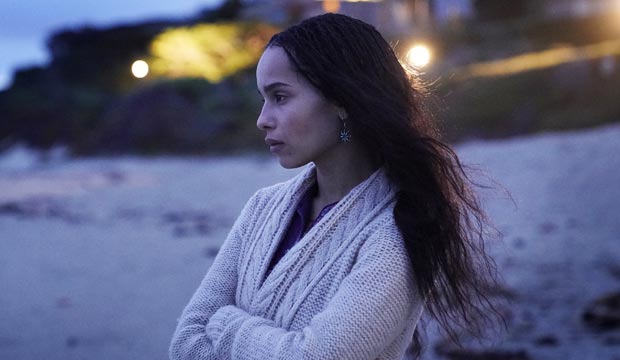 The Monterey Five were the “Big Little Lies” women who were there when abusive creep Perry Wright (Alexander Skarsgard) “fell” to his death in season one. Four of them were nominated for Emmys when the series last competed in 2017 (Reese Witherspoon, Nicole Kidman, Laura Dern and Shailene Woodley), but ironically that didn’t include the woman who saved the day by pushing him down that flight of stairs: Bonnie (played by Zoe Kravitz). Will she get to join the awards party in 2020?

Okay, okay, so it’s a little early to be projecting Emmy nominations for 2020. We’re less than a month into the eligibility period for next year, and this year’s nominations haven’t even been announced yet. Also, only three episodes of “Big Little Lies” have aired as of this writing, so time will tell where the season goes from here. But Kravitz has already been more prominent in season two as the result of her climactic action in season one. Bonnie has become more distant from her husband (James Tupper), who called in reinforcements by inviting her mom (Crystal Fox) to visit, which has given Kravitz the opportunity to explore more of Bonnie’s past, making her a more fully rounded character.

There are complicating factors around the candidacy of “Big Little Lies” at the Emmys in 2020. For starters, the first season was originally intended to be the only season, so it competed in the limited series categories. Now that HBO has continued the story it will shift over into the drama series races. The good news for Kravitz and company is that the supporting women of “Game of Thrones” will be out of the way since that show just ended its run. The bad news is that the supporting women of “The Crown,” “The Handmaid’s Tale,” “Westworld” and “Stranger Things” will be back, so the race may be as crowded as ever.

Then there’s Meryl Streep. The triple Oscar winner joined the cast this season as Perry’s mom, who’s trying to get to the bottom of her son’s death. So that’s some hefty internal competition to overcome, in addition to Dern and Woodley returning to the supporting race (unless one or both of them moves up into the lead contest). Do you think Kravitz deserves consideration for her work so far this season?