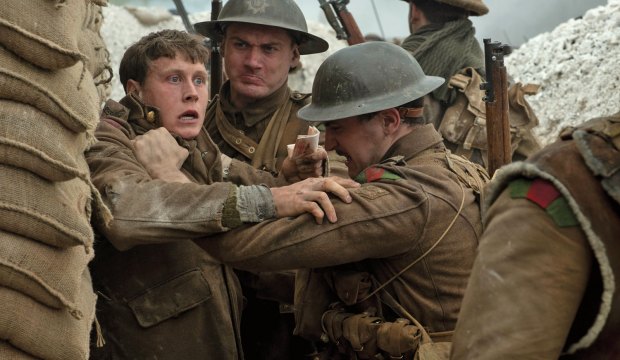 According to our BAFTA racetrack odds, “1917” is the front-runner to win Best Picture from the British academy. We also think it’ll win the award for Best British Film, which is awarded to movies with significant contributions from British filmmakers. Can it really take both prizes? Only two films have doubled up since Best British Film was reintroduced in 1992.

But in the 27 years since Best British Film was brought back in 1992, only two films have won both awards: “The King’s Speech” (2010; also Best Picture Oscar) and “Three Billboards Outside Ebbing, Missouri” (2017). As for that latter film, if you’re wondering why a movie about the American Midwest won Best British Film, it’s because “Three Billboards” was written and directed by Irish-British filmmaker Martin McDonagh and produced by Brits Graham Broadbent and Pete Czernin.

We thought Best Picture and Best British Film would match up last year too: “The Favourite” was our, well, favorite in both categories, but while it did win Best British Film, it was upset by the Mexican period drama “Roma” for Best Picture. Could there be a similar split this time around?

Not according to the thousands of Gold Derby users who have placed their bets here in our predictions center. “1917” gets leading 31/10 odds of winning Best Picture against “Once Upon a Time in Hollywood,” “Parasite,” “Joker” and “The Irishman,” and it leads with 16/5 odds of winning Best British Film against “Rocketman,” “The Two Popes,” “For Sama,” “Sorry We Missed You” and “Bait.”

And what does that mean for Oscar? It could go either way. Five out of the 10 films that have ever won both awards at the BAFTAs also won the Best Picture Oscar, so it’s pretty much a coin toss. That said, the British academy has disagreed with the American academy for the last five years in a row. The last time they picked the same Best Picture was “12 Years a Slave” (2013). So whatever wins across the pond this weekend, take it with a grain of salt when you’re updating your Oscar forecasts.