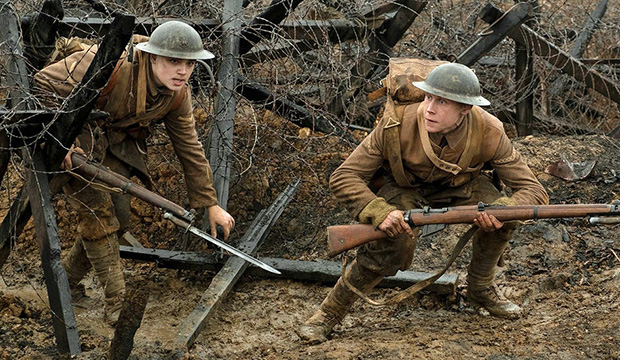 “1917” won Best Picture at the PGA Awards on Saturday, January 18. We know that the Producers Guild of America has previewed a whopping 21 of the last 30 Best Picture Oscar winners including eight of the 10 since the academy expanded the category in 2010. So, that must mean “1917” is the new Academy Awards frontrunner, right? Not so fast.

Remember, the guild had gotten it wrong twice in a row before it went with “Green Book” last year and “The Shape of Water” in 2018. In 2016 “The Big Short” took the PGA award while “Spotlight” went home with the top Oscar. And in 2017 “La La Land” won over the members of the producers guild while “Moonlight” was the academy favorite.

Were those two years the exception or the new rule?

Should we look to the SAG Awards on Sunday, January 19 and specifically the ensemble prize winner for guidance as to what will win the big race at the Academy Awards?  “1917” does not number among the five nominees for this guild award alongside: “Bombshell,” “The Irishman,” “Jojo Rabbit,” “Once Upon a Time in Hollywood” and “Parasite.”

Turns out the SAG Awards aren’t so great at predicting the Best Picture winner at the Oscars. Only 11 of the first 25 winners went on to repeat at the Academy Awards. The actors guild, which numbers more than 150,000 members, only nominates five films for the ensemble award. SAG voters pick just one picture and the winner is the film that has garnered the most votes.

Conversely, the producers guild adopted the same way of voting by preferential ballot as the academy did when it upped the category to 10 nominees in 2010. It has a membership roughly equivalent to that of the academy. And like the academy, the PGA has a mandate to add more women of all colors and minority men.