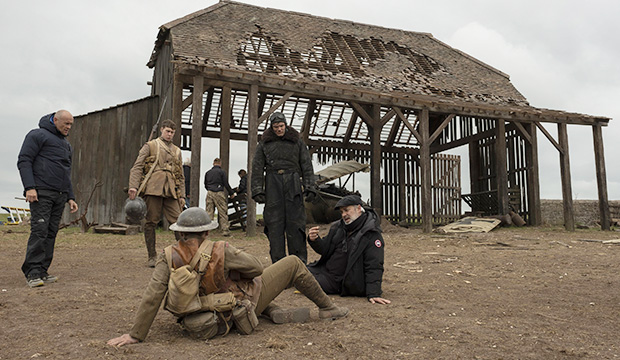 Sam Mendes is well on his way to winning his second Oscar for Best Director after nabbing the Directors Guild of America Award for “1917” on Saturday. He took home his first for “American Beauty” (1999), making hime one of six people to have won for their directorial debut. None have won a second, but that will probably change in two weeks.

Of the quintet, Brooks and Costner scored other Oscars their respective years for their projects, Best Picture for both and Best Adapted Screenplay for Brooks. Costner hasn’t been nominated since his Oscar breakthrough, and Mann and Robbins were never nominated again (Robbins also received an honorary Oscar the same year of his win). Brooks has earned five bids since his triple-winning night, but none in director. Only Redford made the director lineup again, for 1994’s “Quiz Show,” for which he also got a Best Picture bid, losing to Robert Zemeckis (“Forrest Gump”). This makes Mendes just the second of the sextet to receive a post-win nomination.

And now he might go a step further and win again, a record-setting 20 years after his first. Despite — or maybe because of in this shortened season — “1917” being one of the last entrants in the Oscar race, the one-take World War I drama, based on stories Mendes’ grandfather told him, has become a Best Picture frontrunner, topping the Golden Globes (with a win for Mendes as well), the Producers Guild of America Awards and DGAs. In the DGAs’ 71-year history, it’s only deviated from the Oscars’ directing winner seven times, and in three cases, the DGA winner was Oscar-snubbed.

Mendes, who’s also up in Best Picture and Best Original Screenplay for “1917,” is in first place in our predictions at 10/3 odds, but Bong Joon Ho (“Parasite”) is on his heels at 37/10. At the bottom of the pack are Quentin Tarantino (“Once Upon a Time in Hollywood”), Martin Scorsese (“The Irishman”) and Todd Phillips (“Joker”).