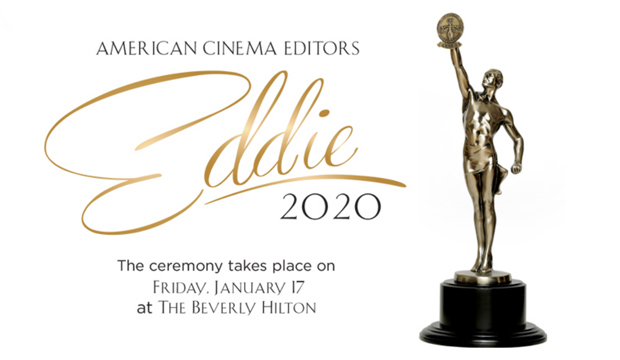 The winners for the 2020 American Cinema Editors Awards were announced Friday, January 17 at the Beverly Hilton Hotel in Los Angeles. These are the 70th annual edition of the ACE Eddie Awards, which honor the best in feature film and television editing for the 2019 calendar year. Four Oscar nominees for Best Film Editing contend for the guild’s drama prize (“Ford v Ferrari,” “The Irishman,” “Joker” and “Parasite”) with the fifth recognized over on the comedy side (“Jojo Rabbit”). Scroll down to see the complete list of ACE Eddie winners, which are marked in gold.

The Eddies have an excellent track record for predicting the ultimate Oscar winner for Best Film Editing, with 22 of the last 29 matching up including last year’s champion “Bohemian Rhapsody.” In addition, since the guild split their top award into two prizes (one for drama, one for comedy) in 2000, eight of their 20 winners went on to claim the Best Picture Oscar, with the last one being “Argo” (2012).

ACE’s five drama nominees are “Ford v Ferrari,” “The Irishman,” “Joker,” “Marriage Story” and “Parasite.” The five comedy contenders are “Dolemite is My Name,” “The Farewell,” “Jojo Rabbit,” “Knives Out” and “Once Upon a Time in Hollywood.” The three animated features are “Frozen II,” “I Lost My Body” and “Toy Story 4.” And the four documentary features are “American Factory,” “Apollo 11,” “Linda Ronstadt: The Sound of My Voice” and “Making Waves: The Art of Cinematic Sound.”