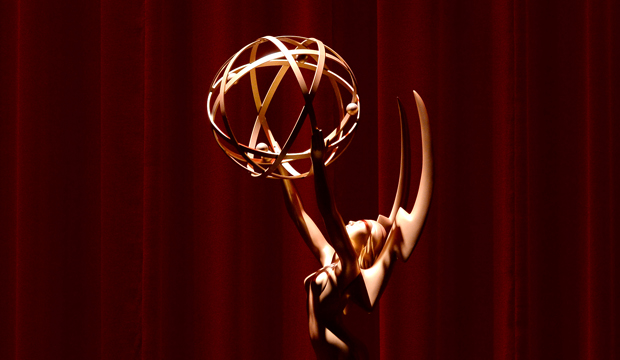 All 22,000 plus voting members of the TV academy have until July 13 to cast their 2020 Emmy Awards nominations ballots for programs (save for animated documentary/nonfiction which are restricted to their peer groups). Unlike the Oscars, voters for the Emmys do not rank their choices and nominees are determined by a simple tally. In the past, voters were limited in the number of programs that they could put forth. Three years ago that cap (which was usually 10 per category) was lifted.

While there has been an explosion in the number of comedy and drama series recently, the limited series genre had been almost static. There were 25 entries in 2015, 26 in 2016 and 25 again in 2017. But there has been an uptick as of late, with 33 such shows submitted in 2018, 35 last year and 41 for this awards cycle. Even so, with five nominees for Best Limited Series, the odds for each of the entries detailed below is pretty good. We fill find out which made the cut when Emmy nominations are announced on July 28.

Barkskins
Barkskins follows a disparate group of outcasts and dreamers battling to escape their pasts while navigating the brutal frontier hardships, competing interests and tangled loyalties at the crossroads of civilization: the New World.
Starring: David Thewlis, Marcia Gay Harden

Belgravia
When a long-buried secret is unearthed it threatens the reputation and inheritance of many, sending shockwaves through the sophisticated society of London’s Belgravia. Pride and loyalty will be tested, as lives hang in the balance.
Starring: Tamsin Greig, Harriet Walter, Tom Wilkinson, Alice Eve, Ella Purnell, Jack Bardoe

Briarpatch
Briarpatch follows Allegra Dill (Rosario Dawson), a dogged investigator returning to her border-town Texas home after her sister is murdered. What begins as a search for a killer turns into an all- consuming fight to bring her corrupt hometown to its knees.
Starring: Rosario Dawson, Jay R. Ferguson, Edi Gathegi, Brian Geraghty, Kim Dickens

Cherish The Day
Cherish The Day chronicles the relationship of one couple; each episode spanning a single day. The narrative unfolds to reveal significant moments in a relationship, from the extraordinary to the everyday. The full chapter spans five years within eight episodes.
Starring: Xosha Roquemore, Alano Miller, Cicely Tyson, Michael Beach

SEE 2020 Emmy nominations ballot: 2,652 performers vie for your consideration (that is 339 more than last year)

Dispatches From Elsewhere
A series centered around four ordinary people who feel there is something missing in their lives; brought together by chance, they stumble into a puzzle hiding behind the veil of everyday life that opens their eyes to a new world of possibility.
Starring: Jason Segel, André Benjamin, Eve Lindley, Richard E. Grant, Sally Field

Dublin Murders
Dublin Murders is a mystery series focusing on two murder investigations led by a pair of ambitious and charismatic detectives… Initially, the victims are seemingly unrelated, but as the cases progress we find a connection not only to Ireland’s past but the detectives’ as well.
Starring: Killian Scott, Sarah Greene

The Eddy
The owner of a Paris jazz club gets tangled up with dangerous criminals as he fights to protect his business, his band and his teenage daughter.
Starring: André Holland, Joanna Kulig, Tahar Rahim, Amandla Stenberg, Leïla Bekhti

Four Weddings And A Funeral
Maya, communications director for a New York senatorial campaign, receives a wedding invitation from her college schoolmate now living in London. She leaves her professional and personal life behind, in favor of traveling to England and reconnecting with old friends and ends up in the midst of their personal crises.
Starring: Nathalie Emmanuel, Nikesh Patel, Rebecca Rittenhouse, John Reynolds, Brandon Mychal Smith, Zoe Boyle, Sophia La Porta, Harish Patel, Guz Khan

I Know This Much Is True
I Know This Much Is True is a family saga that follows the parallel lives of identical twin brothers in a story of betrayal, sacrifice and forgiveness set against the backdrop of 20th century America.
Starring: Mark Ruffalo, Melissa Leo, Kathryn Hahn, Rosie O’Donnell, Archie Panjabi, John Procaccino, Phillip Ettinger, Marcello Fonte

Interrogation
Interrogation is a multi-linear, true-crime series based on a case that spans more than 20 years, in which a young man was charged and convicted of brutally murdering his mother. After being sentenced to life in prison, he continued to fight to prove his innocence.
Starring: Peter Sarsgaard, Kyle Gallner, David Strathairn, Kodi Smit-McPhee

The Loudest Voice
This seven-part limited series is about Roger Ailes, the founder of Fox News. It focuses on the past decade in which Ailes arguably became the Republican Party’s de facto leader, and the sexual harassment accusations that brought his career to an end.
Starring: Russell Crowe, Sienna Miller, Seth MacFarlane, Annabelle Wallis, Simon McBurney, Aleksa Palladino, Naomi Watts

Normal People
Normal People tracks the tender but complicated relationship of Marianne and Connell from the end of their school days in a small town in the west of Ireland to their undergraduate years at Trinity College.
Starring: Daisy Edgar-Jones, Paul Mescal

Our Boys
Our Boys is based on the true events which led to the outbreak of war in Gaza in 2014. The series follows the investigation of Muhammad Abu Khdeir’s murder, and tells the story of all those involved, Jews and Arabs alike, whose lives were forever changed by these events.
Starring: Shlomi Elkabetz, Jony Arbid, Ruba Blal Asfour, Noa Koler

The Pale Horse
A mysterious list of names is found in the shoes of a dead woman. What is the connection to the village of Much Deeping?
Starring: Rufus Sewell, Kaya Scodelaria, Georgina Campbell, Henry Lloyd-Hughes

The Plot Against America
A working-class Jewish family in New Jersey watches the political rise of aviator-hero and xenophobic populist Charles Lindbergh, as he becomes president and turns the nation toward fascism. Based on the novel of the same name.
Starring: Zoe Kazan, Morgan Spector, Anthony Boyle, John Turturro, Winona Ryder

Quiz
This three-part limited series is based on the true story of Major Charles Ingram and his wife, Diana, who were accused of cheating their way to a million pounds on the world’s most popular game show in 2001, Who Wants To Be A Millionaire?
Starring: Matthew Macfadyen, Sian Clifford, Michael Sheen, Helen McCrory

Sacred Lies: The Singing Bones
Elsie searches for the family she never knew after being abandoned as a child. The search leads her to Peter, an inmate who may be guilty of more than he’s currently incarcerated for and Harper, a telemarketer turned arm-chair detective with an obsessive hobby of searching for unidentified murder victims.
Starring: Juliette Lewis, Ryan Kwanten, Jordan Alexander

Too Old To Die Young
In one tragic night, L.A. Sheriff’s Deputy Martin Jones’s life is blown apart, and he is forced into a deadly underground of Cartel soldiers, Yakuza assassins, and mysterious vigilantes that lead to a surreal odyssey of murder, mysticism, and vengeance as his past sins close in on him.
Starring: Miles Teller, John Hawkes, Augusto Aguilera, Jena Malone

Unorthodox
A Hasidic Jewish woman in Brooklyn flees to Berlin from an arranged marriage and is taken in by a group of musicians — until her past comes calling.
Starring: Shira Haas, Amit Rahav, Jeff Wilbusch, Alex Reid

Watchmen
Set in a modern America where police officers conceal their identities behind masks, Watchmen envisions an alternate history that begins with the all too real Tulsa Massacre of 1921 as a young African-American boy is orphaned in the horrific event… then grows up to become the world’s very first “superhero.”
Starring: Regina King, Jeremy Irons

Years And Years
This epic saga takes an ordinary family, the Lyons, and catapults them through the next 15 years. They fall in and out of love, grow old, fall apart and come back together, while constantly looking forward.
Starring: Emma Thompson, Rory Kinnear, Russell Tovey, Anne Reid, Ruth Madeley, T’Nia Miller, Jessica Hynes, Maxim Baldry

ZeroZeroZero
ZeroZeroZero follows the journey of a cocaine shipment, from the moment a powerful cartel of Italian criminals decides to buy it until the cargo is delivered and paid for, passing through its packaging in Mexico and shipment across the Atlantic Ocean.
Starring: Andrea Riseborough, Dane DeHaan, Gabriel Byrne, Harold Torres, Giuseppe De Domenico, Adriano Chiaramida, Noé Hernández, Tchéky Karyo, Francesco Colella, Claudia Pineda