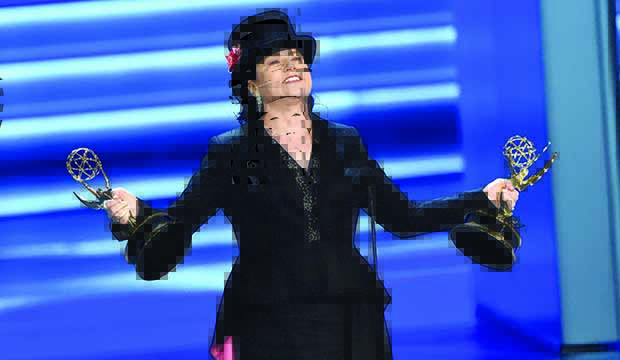 The Emmy Awards ballot for Best Comedy Directing lists 185 episodes (from 104 series), so there will seven nominees under the new rules. The six nominees last year were:

Only “The Marvelous Mrs. Maisel” is back in contention. It won two years ago over “Silicon Valley,” which was nominated for its fifth (consecutive) season. After an extended hiatus that made it ineligible last year, “Silicon Valley” contends now for its sixth and final season. Nominated for “Barry” last year and for directing “Silicon Valley” in 2016, Alec Berg contends for the “Silicon Valley” series finale. Six series finales were nominated in Best Drama Directing last decade, but only two in Best Comedy Directing: “The Big Bang Theory” last year and “30 Rock” in 2013. Other series finales in contention this year include those from “The Good Place” and “Schitt’s Creek.” Neither has been nominated in this category before, but rank in the top three in Gold Derby’s combined odds for Best Comedy Series.

“Fleabag” won last year after being snubbed for its first season and “Veep” went onto seven nominations in this category after being snubbed for its first three seasons. Among those looking to break in for later seasons include “Better Things,” “Dead to Me” and “Ramy.” “Curb Your Enthusiasm” eyes a comeback, having been nominated 10 times in this race from 2002 from 2012, then snubbed the only year that it competed since then, in 2018.

“Will & Grace” contends for its final season, having been nominated six times in this category from 1999 to 2005. It contends to fill the nomination slot that has been reserved for a multi-camera sitcom since a rule change two years ago. Mark Cendrowski filled it the last two years for “The Big Bang Theory” and contends now for “The Neighborhood.” “One Day at a Time” stands to build on momentum from beating both “The Big Bang Theory” and “Will & Grace” last year for Best Comedy Multi-Camera Editing.

“Dave” and “The Great” contend with their pilots, a successful strategy for seven comedies last decade, including 2010 winner “Glee” and 2018 winner “The Marvelous Mrs. Maisel.” “Dickinson” and “Mythic Quest” have foregone their pilots; six comedies last decade were nominated in their first seasons for episodes other than their pilots, with “Glee” being the only comedy to be nominated twice for its first season. 2015 was the last year that no comedy received multiple nominations in this category.

“One Day at a Time” season 4
“Boundaries” (Phill Lewis)