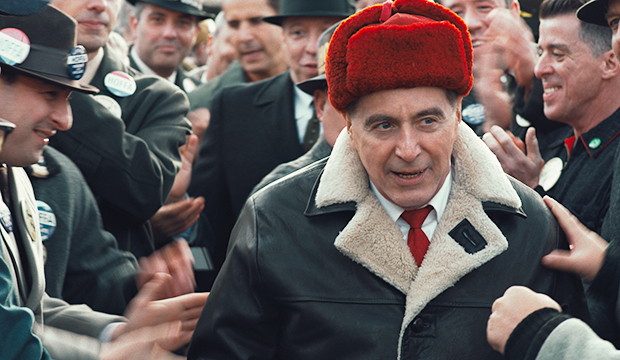 Twenty-seven years after his last Oscar nomination and first win, Al Pacino has finally returned to the fray, bagging a Best Supporting Actor bid on Monday for “The Irishman.” The nomination is his ninth, tying him for third place among most nominated male performers.

In terms of men and women combined, Meryl Streep, of course, is the overall leader with 21 nominations. Katharine Hepburn also had 12 bids, while Bette Davis was the first performer to amass 10 nominations.

The icon is up against co-star Joe Pesci, front-runner Brad Pitt (“Once Upon a Time in Hollywood”), Tom Hanks (“A Beautiful Day in the Neighborhood”) and Anthony Hopkins (“The Two Popes”).

Here are all of Pacino’s nominations:

Al Pacino rises to third place on the most Oscar-nominated male performers list
Twenty-seven years after his last Oscar nomination and first win, Al Pacino has finally returned to the fray, bagging a Best Supporting Actor bid on Monday for "The Irishman."