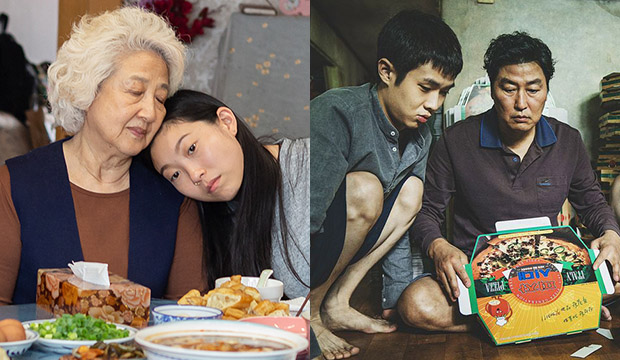 Awkwafina made Golden Globes history, but she didn’t make Oscar history on Monday. A week after becoming the first Asian winner of the Best Comedy/Musical Actress Golden Globe, the star missed out on Best Actress Oscar nomination for “The Farewell” — and thus the chance to be the first Asian-American nominee in the category.

The rapper-turned-actress, who was in fifth place in our odds, would’ve also been the first performer of East Asian descent to be nominated in the category and the first Asian Best Actress nominee since Merle Oberon for 1935’s “The Dark Angel.” Oberon was of Indian descent.

Awkwafina’s co-star Zhao Shuzhen, sixth in our odds, was also MIA in the supporting category (“The Farewell” was blanked altogether). Meanwhile, six-time nominee “Parasite” failed to score an acting nomination despite a valiant campaign for supporting actor Song Kang Ho, who was also in fifth in our odds, and being a top Best Picture contender and crowd-pleasing phenomenon. Oh, and that Screen Actors Guild Award bid for ensemble.

The most recent nominee of Asian descent was Dev Patel for “Lion” (2016) in supporting actor. Among women, supporting contenders Hailee Steinfeld (“True Grit,” 2010), who’s of Filipino descent, and Rinko Kikuchi (“Babel,” 2006) are the two most recent.

Two years ago, Hong Chau was snubbed for “Downsizing” (2017) after receiving Golden Globe and Screen Actors Guild Awards nominations. Similarly, performers like “Crouching Tiger, Hidden Dragon” (2000) stars Michelle Yeoh and Zhang Ziyi have been snubbed despite getting mentions elsewhere, including BAFTA (Zhang was also snubbed for 2005’s “Memoirs of a Geisha” after hitting all the precursors). While “Downsizing” didn’t get any Oscar nominations, these other aforementioned films received multiple — “Crouching Tiger” got 10 — underscoring the hard-to-ignore fact that voters are happy to recognize the technical achievements of these projects, but not the faces, emotional vessels of them.

The Best Actress category, in particular, has been the least diverse of the four, as Halle Berry (2001’s “Monster’s Ball”) is still the only woman of color to win. This year’s field could’ve featured multiple WOC nominees for the first time in 47 years and the second time in history — after Diana Ross for “Lady Sings the Blues” and Cicely Tyson for “Sounder” — between Awkwafina, Lupita Nyong’o (“Us”) and Cynthia Erivo (“Harriet”), all of whom hit at least one major precursor. But only Erivo made the cut, alongside Scarlett Johansson (“Marriage Story”), Saoirse Ronan (“Little Women”) and Charlize Theron (“Bombshell”). Not a good look when it’s three WOC “fighting” for one spot, but at least the academy nominated more POC performers (one; Antonio Banderas is a white Spaniard) than BAFTA did.

The academy has made aggressive strides to diversify its membership since #OscarsSoWhite started five years ago, after the first of two consecutive years of all-white acting slates, and blew up the following year when black stars from “Creed,” “Beasts of No Nation” and “Straight Outta Compton” were snubbed. (By comparison, there have been 19 Oscar-winning performances from 17 black performers.) But it’s clear there’s still a long way to go when it comes to not just nominating Asian actors and storytellers, but the industry giving them the opportunity to tell those stories in the first place and make it more of the norm. #neverforget that “Crazy Rich Asians” (2018) was the first studio film with an all-Asian cast in 25 years.

How many Oscars can 'Ma Rainey's Black Bottom' win with no Best Picture nomination?