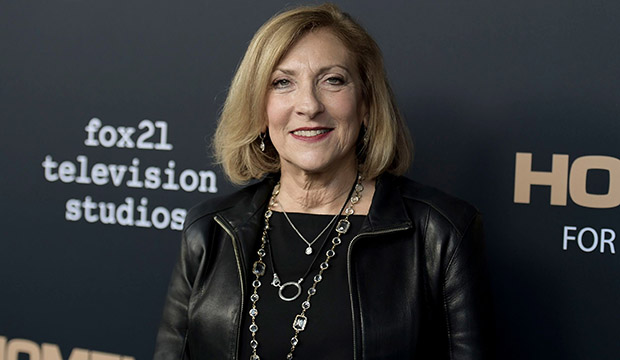 Women were AWOL in the Best Director field yet again during Monday’s Oscar nominations — a shutout that Lesli Linka Glatter finds “disappointing” and believes is indicative of the slow progress that the film industry has made in striving for gender parity.

During a panel for “Homeland” at Monday’s Television Critics Association press tour, Glatter, who’s received five Emmy nominations for helming episodes of the espionage drama and “Mad Men,” was asked to comment on the all-male lineup, and the director first pointed to television as a more inclusive leader.

The academy shortlisted Bong Joon Ho (“Parasite”), Sam Mendes (“1917”), Todd Phillips (“Joker”), Martin Scorsese (“The Irishman”) and Quentin Tarantino (“Once Upon a Time in Hollywood”) for the Best Director prize — the same five that the Golden Globes selected.

There have only been five female directing nominees in Oscar history and one winner, Kathryn Bigelow (2009’s “The Hurt Locker”). Greta Gerwig was attempting to be the first one of the five to get a sophomore bid this year with “Little Women.” Other female directors this year, such as Lulu Wang (“The Farewell”), Lorene Scafaria (“Hustlers”), Marielle Heller (“A Beautiful Day in the Neighborhood”) and Alma Har’el (“Honey Boy”), did not get any high-profile awards traction for their acclaimed work.

Glatter added that she doesn’t believe you could “mandate how someone votes” because that’s a “personal choice.” “But it’s disappointing,” she stated. “If you look at the statistics for feature films and women and diverse directors, it hasn’t moved a lot. It’s moved a little bit, but I think there’s a lot of room for growth there.”

A two-time Directors Guild of America Award winner who’s also directed episodes of “ER,” “The West Wing” and “Twin Peaks,” Glatter is a vice president of the DGA. Much like how roles have improved for women on TV, more women have been helming TV in recent years — aided by organizations like Ryan Murphy’s Half Foundation, which dedicates half of the directing slots on his shows to women — and have been recognized for it. Five of the last seven Emmy comedy directing winners have been women. Three years ago, “The Handmaid’s Tale’s” Reed Morano became the third woman and first in 22 years to win the drama directing Emmy (beating Glatter).

By comparison, Gerwig’s Oscar nomination for “Lady Bird” (2017) will remain the only one for a female director for films released in the last decade.

“To be positive, I’ve been mentoring women directors for years and I do feel there’s been substantive changes, certainly in television, in the last few years,” Glatter noted. “And that’s really positive. And I think it’s really important to celebrate what is positive and that change.”