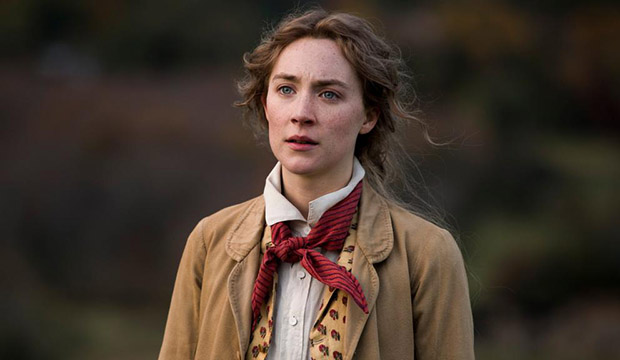 What were you doing at 25? Well, Saoirse Ronan is a four-time Oscar nominee, picking up her latest bid, for Best Actress for “Little Women,” on Monday. She’s now the second youngest person, male or female, to accrue four acting nominations.

Jennifer Lawrence is the youngest to do so, also at the age of 25, when she was shortlisted for Best Actress for “Joy” (2015), but she has the edge because of her birthday; Lawrence was born Aug. 15, 1990, and Ronan on April 12, 1994, so JLaw was approximately four months younger at the time of their respective nominations.

Lawrence grabbed the record from another Jennifer — Jones, who was 27 at the time of her fourth consecutive nomination, for Best Actress for “Duel in the Sun” (1946).

Ronan is already the seventh youngest Best Supporting Actress nominee, earning the bid at 13 for her breakthrough turn in “Atonement” (2007), but she’s been denied some other “youngest” records. While she was just 21 when she got her second nomination, in Best Actress for “Brooklyn” (2015) — in a field with Lawrence — Angela Lansbury is the youngest to receive two nominations, having accomplished it by 20.

Ronan received her third nomination, for Best Actress for “Lady Bird” (2017), at 23, but Lawrence holds the “youngest to get three” record as well. Like Ronan, the Oscar champ was 23 at the time of her supporting actress nomination for “American Hustle” (2013), but, again, she has the later birthday.

Since Lawrence, the second youngest Best Actress winner at 22 for “Silver Linings Playbook” (2012), has yet to earn a fifth nomination, the two are now level. The youngest performer to receive five and six nominations is Kate Winslet, who was 31 at time of her Best Actress bid for “Little Children” (2006) and 33 when she was nominated for and won Best Actress for “The Reader” (2008).

The second actress to be nominated for playing Jo March (Winona Ryder was 23 when she was shortlisted for the 1994 version), Ronan is up against Renee Zellweger (“Judy”), Scarlett Johansson (“Marriage Story”), Charlize Theron (“Bombshell”) and Cynthia Erivo (“Harriet”). She is the youngest nominee in the lineup: Zellweger, 50, is on her fourth nomination; Theron, 44, is on her third; Johansson, 35, got her first two career bids (the other in supporting for “Jojo Rabbit”); and Erivo, 33, is on her first bid (she also received one in original song).