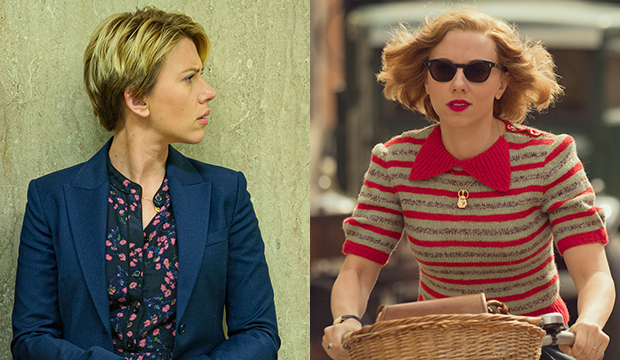 Scarlett Johansson has double to celebrate: The actress received her first and second Oscar nominations on Monday, making the Best Actress lineup for “Marriage Story” and Best Supporting Actress cut for “Jojo Rabbit.” She’s now one of 12 actors to earn double bids in one year.

Johansson is the first double nominee in 12 years. She joins:

8. Emma Thompson (1993)
Best Actress, “The Remains of the Day”
Best Supporting Actress, “In the Name of the Father”

Fitzgerald was the only person to be nominated in two categories for the same performance (he lost in lead to his co-star, Bing Crosby), after which the academy instated a rule prohibiting that from happening (actors also cannot receive multiple nominations in the same category for different performances).

So now the question is, can Johansson win? None of the 11 have won both, but seven have taken home one. Of the four double losers, Blanchett and Thompson were already Oscar winners at the time of their twofers and would later win a second statuette (Thompson’s was for adapted screenplay for 1995’s “Sense and Sensibility”), and Moore won Best Actress 12 years later for “Still Alice” (2014). Weaver is the only double nominee who still doesn’t have an Oscar to her name. A Best Actress nominee for “Aliens” (1986), she also has the dubious honor of being the first double nominee to lose both awards.