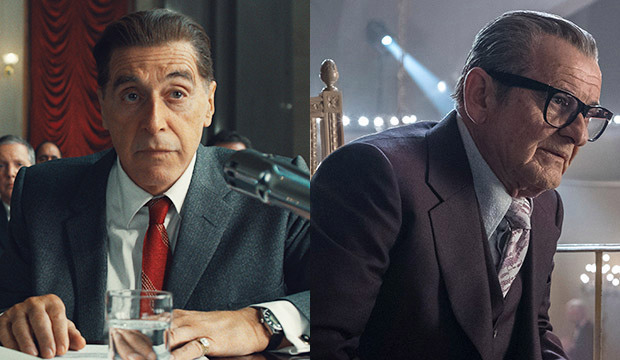 After a 26-year dry spell, we’ve now had double nominations in the Best Supporting Actor Oscar category twice in the last three years. “The Irishman” became the 19th film to score multiple supporting actor bids on Monday, for Al Pacino and Joe Pesci, just two years after Woody Harrelson and Sam Rockwell did the same for “Three Billboards Outside Ebbing, Missouri” (2017).

Pacino and Pesci are up against Brad Pitt (“Once Upon a Time in Hollywood”), Tom Hanks (“A Beautiful Day in the Neighborhood”) and Anthony Hopkins (“The Two Popes”).

In the previous 18 instances, six people have prevailed against a co-star for a 33.3 percent success rate, including Rockwell over Harrelson. Best Supporting Actress is the friendliest to double nominations and has the best rate, at 12/35 for 34.2 percent. Just last year, “The Favourite’s” Emma Stone and Rachel Weisz faced off in the category. Best Actor, which last had co-star nominees with “Amadeus” (1984) stars F. Murray Abraham, who won, and Tom Hulce, is 4/12 for 33.3 percent. Best Actress is 1/5 for 20 percent, with the only victory coming for Shirley MacLaine over her “Terms of Endearment” (1983) daughter Debra Winger. The last Best Actress nominee duo was Geena Davis and Susan Sarandon for “Thelma & Louise” (1991).

These are comeback bids for Pacino and Pesci, who haven’t been Oscar-nominated since their wins more than a quarter of a century ago. Pesci won Best Supporting Actor for “Goodfellas” (1990), beating Pacino (“Dick Tracy”), who finally took home the statuette in lead two years later for “Scent of a Woman” (1992).