We are now in the final phase of the 2020 awards season. Last weekend saw three major guild awards (ACE, PGA and SAG) and this Saturday we hear from the Directors Guild. The WGA will reveal its roster of winners on Monday, January 27. That is three days before final Oscar voting commences on January 30. The BAFTAs are on February 2, which is just two days before the deadline to file Academy Awards ballots.

Breaking down the precursor awards — both nominations and winners — as well as the top Oscar nominations by categories gives us 35 key races that determine the strongest films at the Academy Awards.

Let’s have a look at how the land lies now: 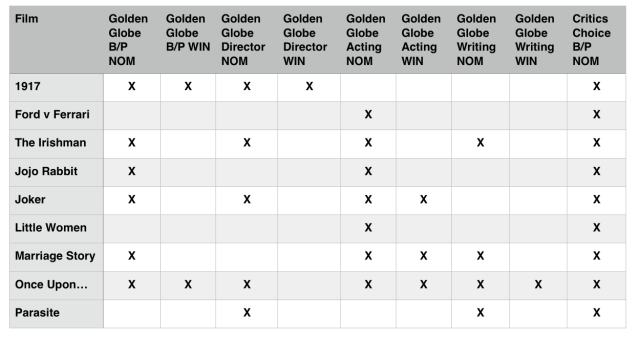 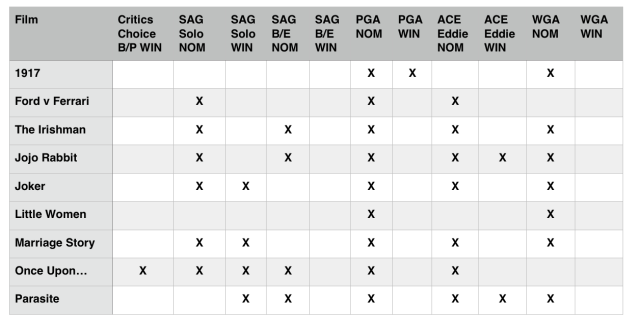 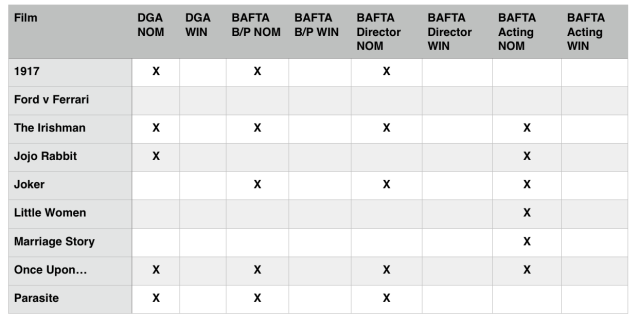 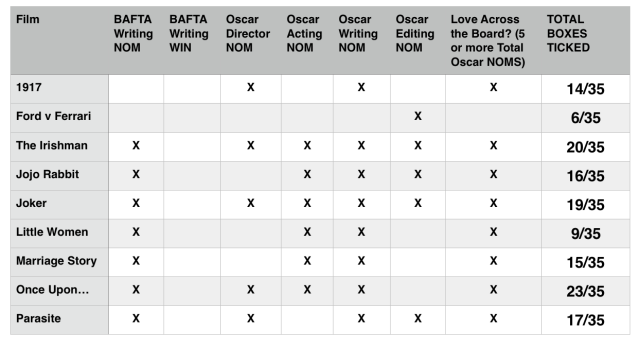 With only six more boxes to fill in, here is the tally to date. As you can see “Once Upon a Time in Hollywood” remains out front with “The Irishman” in second. Right behind is “Joker,” which reaped a leading number of BAFTA bids. Also strongly positioned is “Parasite,” which pulled off an upset in the ensemble category at the SAG Awards. While “1917” is in seventh place, we could be underestimating its potential, especially if Sam Mendes wins at the DGA Awards.