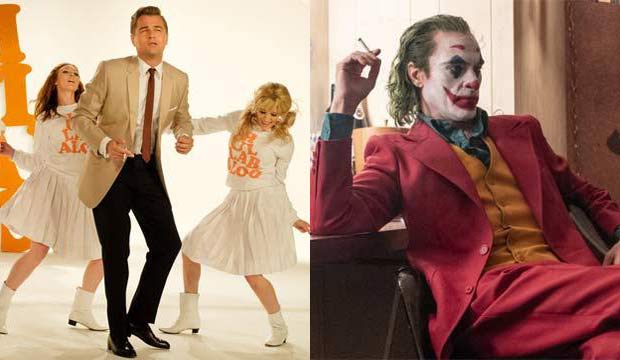 Breaking down the precursor awards — both nominations and winners — as well as the top Oscar nominations by categories gives us 35 key races that will determine the strongest films at the Academy Awards. After the BAFTA nominations, “Once Upon a Time in Hollywood” led “The Irishman” by a score of 15 to 13, “Joker,” which led with hte most BAFTA bids, was at an even dozen boxes checked.

The announcement of the PGA and DGA nominations hasn’t shaken things up much. Instead, it has continued the new narrative set by the BAFTAs earlier in the day. There were two boxes up for grabs this afternoon, one for PGA nomination and one for DGA nomination.

Five films checked both boxes as all the nominated directors — “1917,” “The Irishman,” “Jojo Rabbit,” “Once Upon a Time in Hollywood,” and “Parasite” –saw their movies nominated by the producers.

Let’s have a look at how the land lies now: 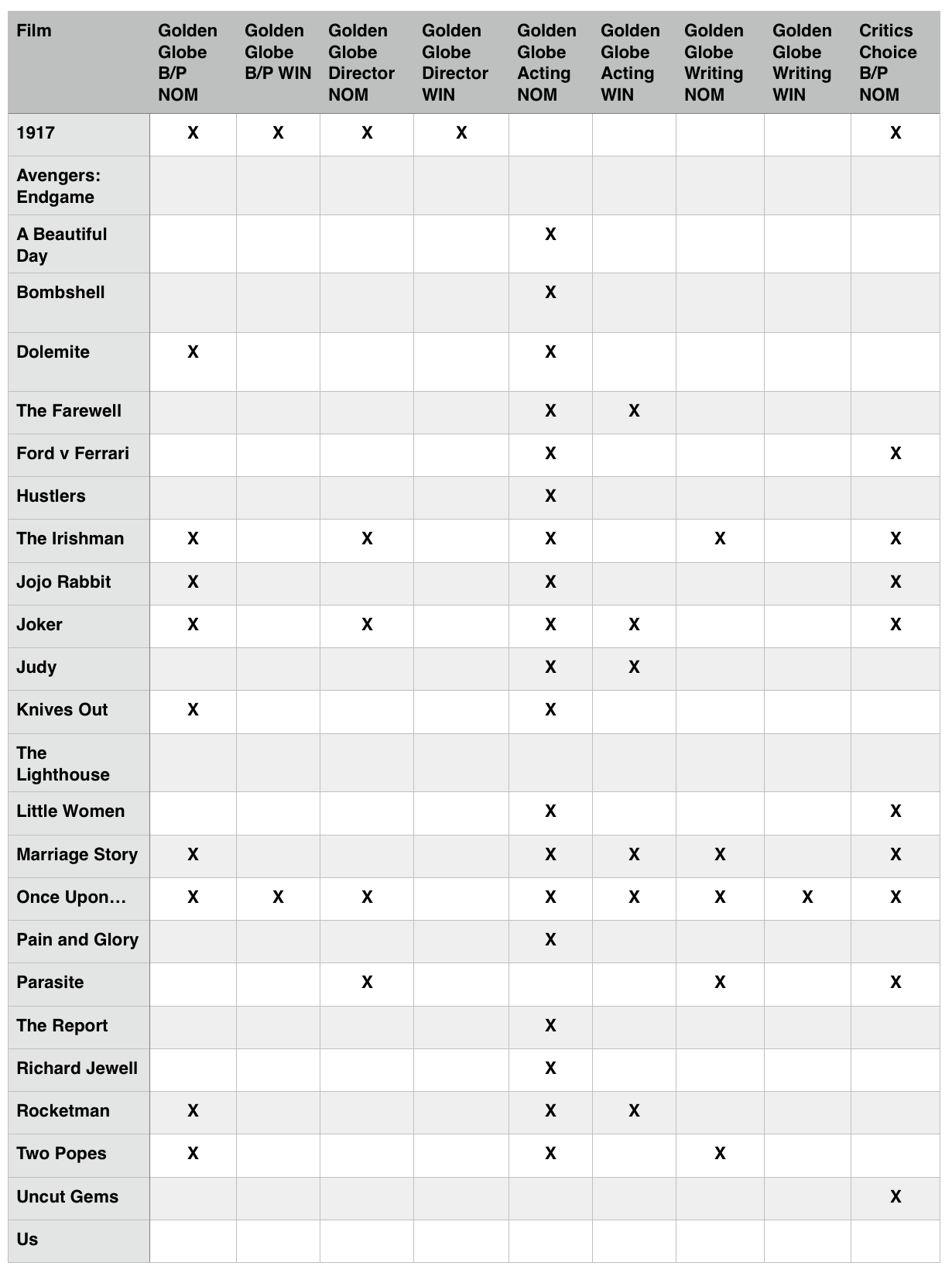 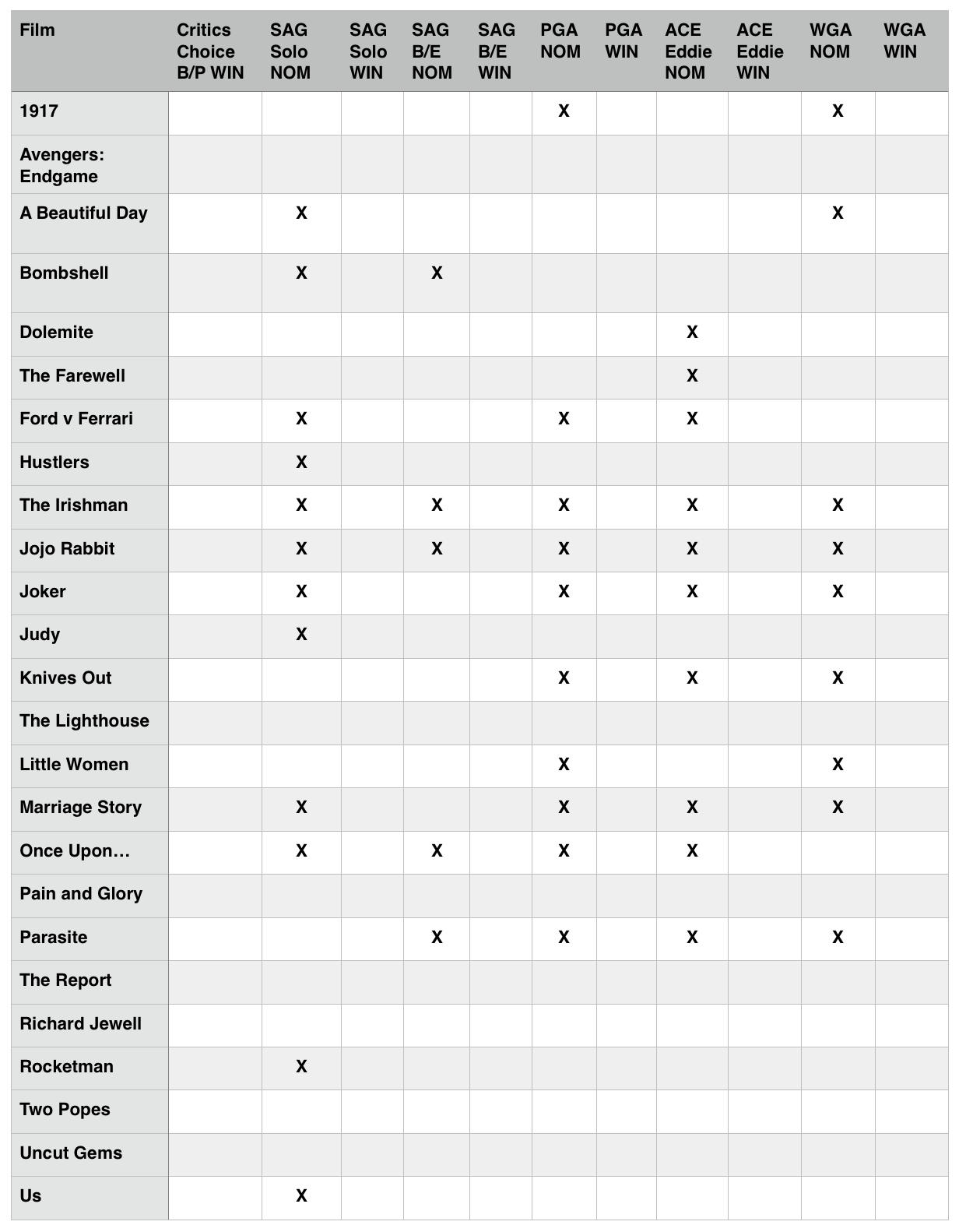 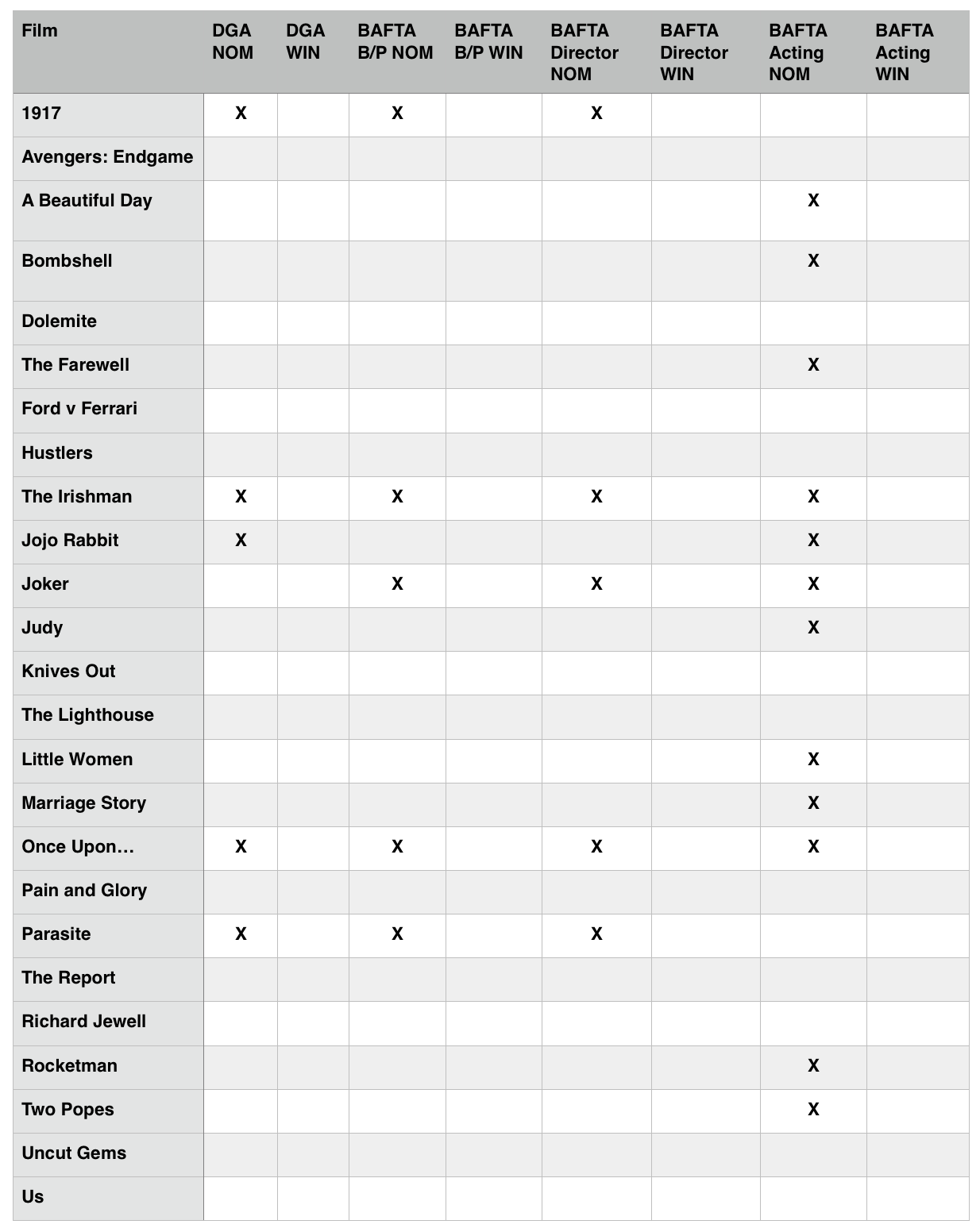 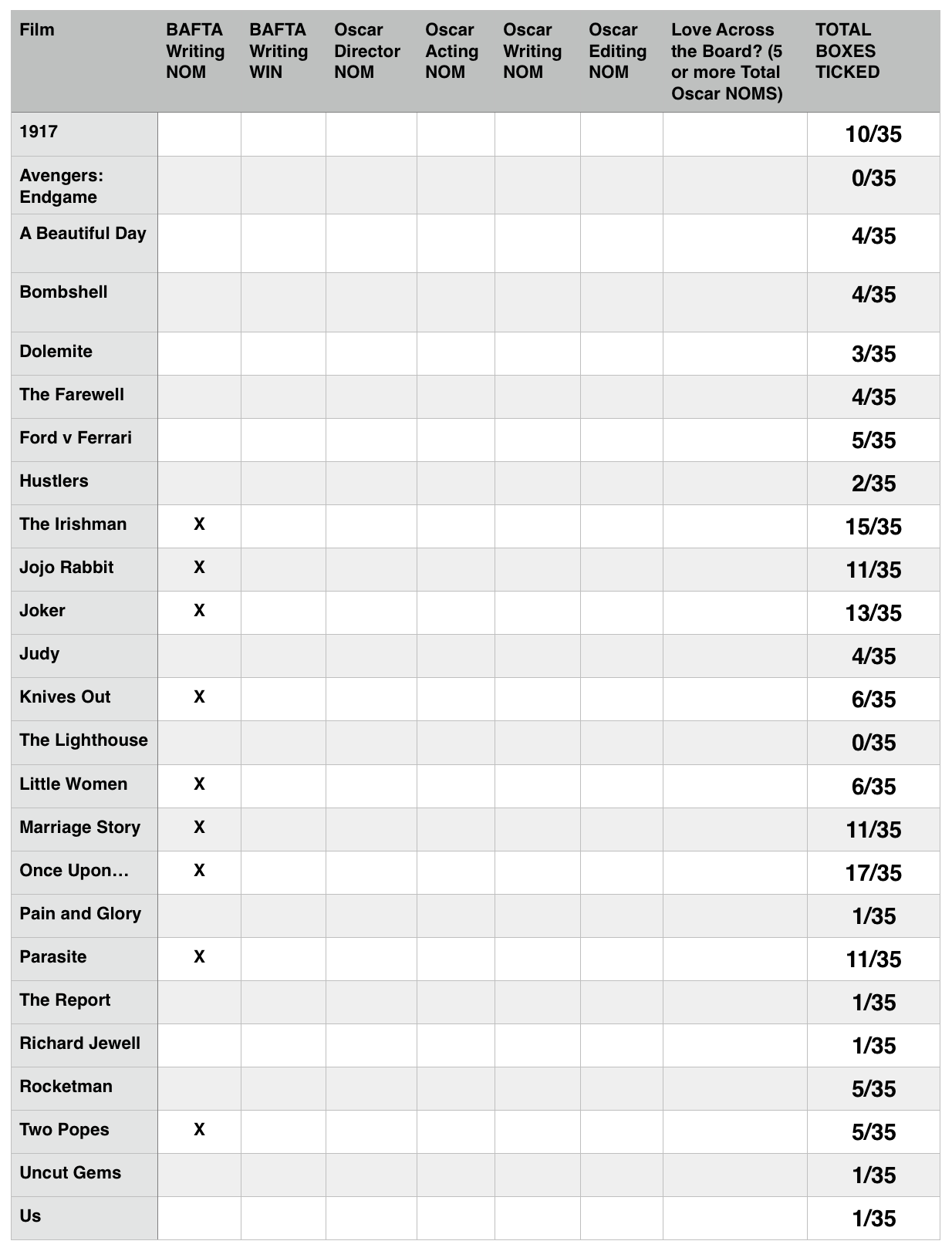 Part of the new narrative is the decline of “Marriage Story.” Before Tuesday, Noah Baumbach’s film had held third place by itself. After earning a PGA bid but missing out on a DGA nomination, the Netflix picture is tied for fourth with “Jojo Rabbit” and “Parasite.”

Both of those movies have had very good days. They picked up three out of four boxes earlier at the BAFTAs and have now filled in both the DGA and PGA nominations boxes, catching up to Baumbach’s picture. All three films now sit on 11 boxes each.

Just behind is “1917” with 10 boxes after it, too, earned two boxes this afternoon – along with the two earlier in the day from BAFTA. However, it did only get four out of a possible six boxes ticked today, which has left room for “Parasite” and “Jojo Rabbit” to push ahead. Both of those films earned five out of six boxes ticked (“Marriage Story” only managed three).

The only films to score all six boxes today were “The Irishman,” “Joker,” and “Once Upon a Time in Hollywood.” That means that not much has changed at the top. Quentin Tarantino’s film is still ahead in first (17), two above Martin Scorsese’s film in second (15), which, in turn, is two ahead of Todd Phillips’ film in third (13) – which is another two ahead of the trio in joint-fourth.

Continuing with some much-needed momentum is “Little Women” and “Knives Out” after the two reaped PGA bids. They have knocked off “The Two Popes” and “Rocketman” to take joint-eighth between them.

Next up are the Critics Choice Awards on January 12. Only one box is up for grabs then but after that come the Oscar nominations the following day – where a total of five boxes are available. Stay tuned but, for now, here’s the league table: