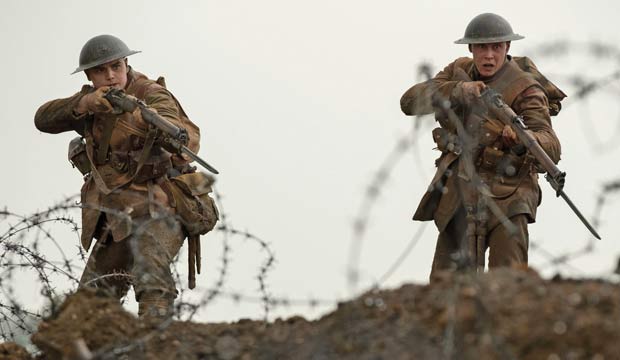 Since the annual Producers Guild of America Awards don’t air live on TV (we know, such a bummer), Gold Derby has you covered with our informative play-by-play of the ceremony. Follow along with our updating live blog on Saturday, January 18 as we reveal all of the 2020 PGA Awards winners as they happen. We’ll also let you know the superstar presenters for the 3 film races and 10 television categories plus the honorary awards.

Last year’s ceremony previewed the upcoming Academy Awards when the PGA voters named their Best Picture winner “Green Book.” For the 31st annual PGA event at the Hollywood Palladium, will the recipient be “Ford v Ferrari,” “The Irishman,” “Jojo Rabbit,” “Joker,” “Knives Out,” “Little Women,” “Marriage Story,” “1917,” “Once Upon a Time in Hollywood” or “Parasite”?

Honorary recipients for this 31st PGA ceremony are:

SEE2020 PGA Awards predictions: Our Producers Guild odds favor ‘Once Upon a Time in Hollywood,’ ‘Succession,’ and more

And now keep refreshing our updating live blog below with all of the minute-by-minute action as it happens at the Hollywood Palladium:

7:00 p.m. — Places, everyone! Dinner is being served. The first award will be given out in just over an hour.

8:05 p.m. — Idina Menzel opens the ceremony by singing “Into the Unknown,” her Oscar-nominated song from “Frozen II.” Consensus inside the theater is that she just killed it!

8:10 p.m. — “Watchmen” star Yahya Abdul-Mateen is the first presenter of the evening for Best Non-Fiction Television. The winner is “Leaving Neverland.”

8:15 p.m. — The next presenter is Jimmy Kimmel for the Milestone Award, honoring Netflix head honcho Ted Sarandos. There’s also a highlight reel full of A-listers like Jerry Seinfeld, Barbra Streisand, David Letterman, Robert De Nioro and Adam Sandler to celebrate the impact Sarandos has had on the industry.

8:44 p.m. — Two stars of “The Irishman,” Al Pacino and Robert De Niro, are on stage to show a clip of their Oscar-nominated Netflix film.

9:00 p.m. — Eva Longoria announces the winners for categories that were announced earlier in the week: “Sesame Street” for Best Children’s Program, “What’s My Name | Muhammad Ali” for Best Sports Program and “Comedians in Cars Getting Coffee” for Best Short-Form Program.

9:06 p.m. — Rachel Brosnahan (“The Marvelous Mrs. Maisel”) steps out on stage to present the first feature film category of the night, Best Documentary. And the winner is … “Apollo 11”! Quite strange because this film was just snubbed at the Oscars.

9:15 p.m. — Presenters Melissa McCarthy and Ben Falcone, aka the funniest married couple on the planet, are on the stage now to honor Octavia Spencer with the year’s Visionary Award. Spencer is crying as she thanks her longtime friends for being the ones to give her the trophy.

9:25 p.m. — Next up is Best Animated Feature, presented by Constance Wu. And the guild has chosen … “Toy Story 4”! The credited producers are Mark Nielsen and Jonas Rivera.

9:29 p.m. — Showing the clip for “Knives Out” is one of the movie’s stars Don Johnson, who’s also here supporting his HBO series “Watchmen.”

9:31 p.m. — It’s time for the In Memoriam segment, introduced by Judith Light.

9:35 p.m. — “Chernobyl” star Jared Harris is presenting the award for Best TV Movie, which goes to … “Apollo: Missions to the Moon”! Whoa, it’s a big night for productions named “Apollo.”

9:38 p.m. — Who else would you want introducing a clip of “Little Women” other than the auteur herself, Greta Gerwig?

9:40 p.m. — Margot Robbie, who’s having a great year with both “Bombshell” and “Once Upon a Time in Hollywood,” is here to present the Stanley Kramer Award to the former. Some of the honored producers up on stage are Charlize Theron, Charles Randolph and Jay Roach.

9:57 p.m. — Frances McDormand, who notably “hates” these types of awards shows, is here to present the David O. Selznick Film Award to Plan B, aka Brad Pitt, Dede Gardner and Jeremy Kleiner.

10:10 p.m. — Billy Eichner jokes about having to follow Brad Pitt as he presents the award for Best Comedy Series to … “Fleabag”! This was one of the locks of the night following its recent triumphs at the Emmys, Golden Globes and Critics’ Choice Awards.

10:13 p.m. — Showing the clip for “Once Upon a Time in Hollywood” is writer-director-producer Quentin Tarantino.

10:21 p.m. — Here. We. Go! Reese Witherspoon presents the final award of the night, Best Picture. And the winner is “1917”! Wow, that definitely shakes up the Oscar derby in a BIG way, don’t you think?