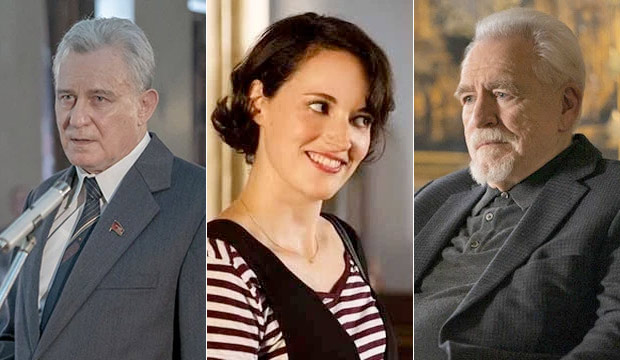 On Tuesday, January 7, the Producers Guild of America announced the TV and film nominees for the 31st PGA Awards. Winners in these categories will be announced at the annual awards ceremony on Saturday, January 18 at the Hollywood Palladium. In terms of television, the recent Golden Globe series winners have now been recognized at the producers guild: HBO’s “Chernobyl” for limited series, Amazon’s “Fleabag” for comedy series and HBO’s “Succession” for drama series. Will they continue to sweep this winter awards cycle?

Joining “Chernobyl” in the lineup for Best Limited Series are “Fosse/Verdon,” “True Detective,” “Unbelievable” and “When They See Us.” “Chernobyl” prevailed at both the Emmys and Golden Globes for chronicling the true story of the 1986 nuclear meltdown. In fact, all of this year’s PGA nominees are based on real stories except for “True Detective,” the third season of the fictional mystery series.

Along with “Fleabag,” the other Best Comedy Series nominees are “Barry,” “The Marvelous Mrs. Maisel,” “Schitt’s Creek” and “Veep.” “Mrs. Maisel” is the two-time reigning champ in this category, but “Fleabag” is looking to prevail on its first try after recently dominating the Emmys and Golden Globes. Meanwhile, “Veep” is hoping to finally win with the producers guild for its last season.

SEEWhich of the 10 PGA Awards nominees will make the cut for Best Picture at the 2020 Oscars?

“Succession” welcomes competition in Best Drama Series from “Big Little Lies,” “The Crown,” “Game of Thrones” and “Watchmen.” Last year’s winner was “The Americans,” which is no longer eligible. While “Succession” is coming off great buzz by winning the Golden Globe, it was “Game of Thrones” that dominated the Emmys this past September. “GoT” has claimed the PGA Award only once, in 2015, so it’s on the lookout for a bookend trophy for its final season.

The nominees for Best TV Movie are “American Son,” “Apollo: Missions to the Moon,” “Black Mirror: Striking Vipers,” “Deadwood: The Movie” and “El Camino: A Breaking Bad Movie.” The Golden Globes don’t have a separate category for made-for-TV-movies, but the Emmys do, and “Black Mirror” has won the past three years in a row. Of note, “Striking Vipers” will not be eligible at the 2020 Emmys because it does not have a long enough running time.