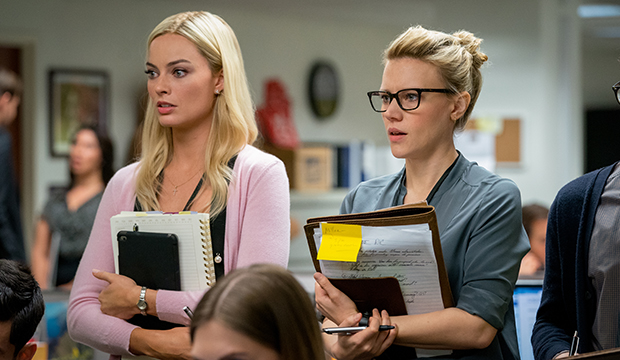 “Bombshell,” well, bombed at Sunday’s Screen Actors Guild Awards. Though the film surprised with four nominations last month, it went home empty-handed on Sunday and is now the seventh film to go 0-4.

“Bombshell” wasn’t predicted to win any of its categories in our odds, so this shutout is not entirely out of the blue. “Parasite” won ensemble, Renee Zellweger (“Judy”) beat Charlize Theron in lead actress, and Laura Dern (“Marriage Story”) bested “Bombshell” supporting players Margot Robbie and Nicole Kidman.

As for what this means for the Oscars, “Bombshell’s” run is most akin to “Into the Wild’s.” Both underwhelmed with the academy, with “Bombshell” garnering just three bids for Theron, Robbie, and makeup and hairstyling, and “Into the Wild” snagging two for supporting actor Hal Holbrook and editing.

The other five quadruple SAG Awards losers all had greater Oscar nomination hauls and were all up for Best Picture, with “The English Patient” winning as one of its nine awards. All five also scored at least one Oscar: “The Hours” claimed Best Actress for Kidman; “Brokeback” nabbed three, including director for Ang Lee; “Manchester,” two, including Best Actor for Casey Affleck; and “A Star Is Born” cruised to an easy original song win for “Shallow.”