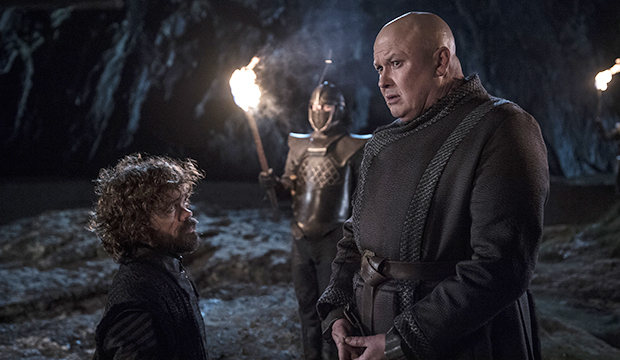 On its last shot, “Game of Thrones” finally won a Screen Actors Guild Award that does not have “stunt” in the title: Peter Dinklage nabbed drama actor honors at Sunday’s show, though the cast lost drama ensemble.

Up until now, the fantasy epic had only been able to claim the stunt ensemble prize, which it did again on Sunday for the eighth time — a record — but the acting categories had been difficult to come by despite the show being one of the biggest of all time and SAG-AFTRA being a very populist group. This was “Thrones'” seventh bid in drama ensemble, missing only for the second of its eight seasons, and Dinklage’s sixth in the single drama actor category. “The Crown” won drama ensemble.

Dinklage defeated former champ Sterling K. Brown (“This Is Us”), “The Morning Show” stars Steve Carell and Billy Crudup, and “Stranger Things'” David Harbour. His win means he avoided tying Jon Hamm as the biggest loser in that category. But even if Dinklage had lost, Hamm had a leg up as “Mad Men” was at least able to win drama ensemble twice.

Luckily for “Thrones,” its unlucky seventh ensemble defeat is not a record. “Law & Order” is that category’s biggest loser, as it racked up nine bids but failed to win one. “Thrones” is tied with “ER” and “The Sopranos” as the second most nominated shows in drama ensemble. “ER” has a record four wins in the category, while “The Sopranos” is one of six shows with two.

“Thrones” wasn’t predicted to win ensemble in our odds, sitting in third place, but Dinklage was in first place in our drama actor odds.