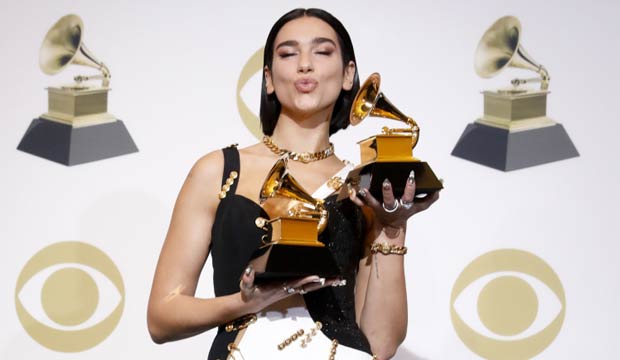 Each year, artists and labels do their best to improve their Grammy Awards chances, typically through performances as well as FYC events and packages. With COVID making some typical campaigning resources difficult this year, artists had fewer promotional opportunities. However, a lot still worked, so let’s see what has succeeded and hasn’t in the past few years.

TV performances were more important than ever due to this season’s otherwise limited resources for getting your name and your music out there. Nominees like Doja Cat, BTS, Dua Lipa, and Phoebe Bridgers appeared in a variety of TV shows and specials, which could’ve helped tremendously. Shows like Jimmy Fallon’s “Tonight Show” (Chika, BTS, Tame Impala, Rufus Wainwright, Dua Lipa), Stephen Colbert’s “The Late Show” (Noah Cyrus, Brittany Howard, Jon Batiste, Brandy Clark, Jacob Collier, Bridgers), and “Saturday Night Live” (Justin Bieber, Megan Thee Stallion) may have been key to getting those artists on voters’ radar.

NPR’s online “Tiny Desk Concert” series has become a must for Grammy campaigning. Surprise AOTY nominees Collier, Coldplay and Jhené Aiko all did one, as did Best New Artist contenders Chika, D Smoke, and Bridgers. This has also been the case for previous general field nominees, like new artists Jorja Smith and Tank and the Bangas as well as nominated songs including H.E.R.’s “Hard Place” and Taylor Swift’s “Lover.”

As always, a strong, compelling narrative can take you far when it comes to Grammy noms. Jacob Collier and Black Pumas might represent an industry push for independent, lesser-known artists, while Taylor Swift’s “Folklore” is her most polished work to date and a significant switch-up in her musical style, not to mention that it’s an album made and released during quarantine.

Then you have Beyoncé riding in with the song “Black Parade” and music film “Black is King,” which were made to uplift Blackness in a troubling year with continued police brutality. And Noah Cyrus got her nom after evolving her sound to something more acoustic ballad-heavy (perhaps the industry is trying to encourage her to continue in this direction). So the Grammys, like other industry awards, love for their nominations to have a greater meaning than just nominating good art.

Perhaps a big surprise to a lot of people was seeing Dua Lipa get so much love from the Grammys, not just in the general field, but also edging commercial favorites like Maroon 5, The Weeknd, and Post Malone in the pop field. While not necessarily the primary reason for her success, Dua Lipa’s team was possibly the most fierce when it came to FYC packages sent to voters, including “Future Nostalgia” CDs, vinyl, and merch.

This isn’t an isolated case; Harry Styles sent out FYCs this year too, and some other artists’ like Lizzo and BTS in past years. They may not be the most effective weapon in an artist’s arsenal, but they can give you a nice push.

Magazine issues this year seemed to be pointless. Out of the artists in Rolling Stone’s Grammy issue, none made it into Album of the Year, with a couple of them under-performing elsewhere too (The Weeknd, Selena Gomez, The Highwomen, FKA Twigs, Maren Morris). Roddy Ricch and Brittany Howard missed in the top category too, though they were cited elsewhere. Billboard’s Grammy issue didn’t do much this year either, with cover artist Lady Gaga getting a mere two nominations in pop categories and other subjects of the issue like Run the Jewels getting snubbed everywhere.

Online recording academy interviews also seemed to be less influential than the live Grammy Museum performances and interviews, with only Phoebe Bridgers and Jhené AIko earning a significant amount of noms after being featured there.