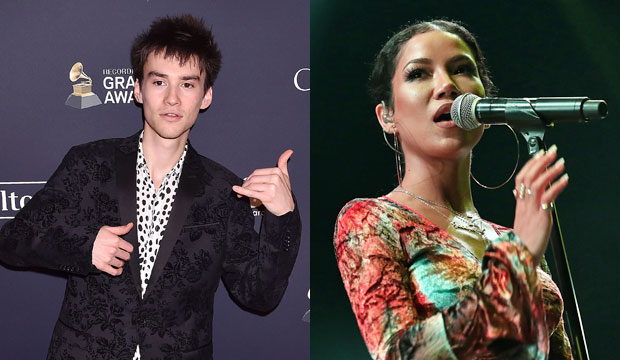 The Grammy for Album of the Year is one of the most prestigious awards for music. Winners have ranged from The Beatles’ “Sgt. Pepper’s Lonely Hearts Club Band” to Adele‘s “21” and most recently Billie Eilish’s “When We All Fall Asleep, Where Do We Go?” One of the following eight nominees this year will join this prestigious club, but who will it be? Let’s get to know who’s vying for the top honor, especially if you’re not as familiar with some of the recording academy’s left-field choices.

Jhené Aiko is not a stranger to the Grammys, having previously been nominated three times in 2015: Best R&B Song for “The Worst,” Best Urban Contemporary Album (now renamed Best Progressive R&B Album) for “Sail Out,” and Best Rap/Sung Performance for “Blak Majik” with rapper Common.

“Chilombo” is Aiko’s third full-length studio album, and draws from a lot of influences, mostly Aiko’s sultry R&B style that has been her staple. The album received positive reviews, though not necessarily career-best for the singer-songwriter. That said, it’s one of her biggest successes and the third biggest album of the year among these nominees, ranked 36th on Billboard’s year-end chart (behind Post Malone‘s “Hollywood’s Bleeding” at number-one and Taylor Swift‘s “Folklore” at number-five).

“Chilombo” is one of the few AOTY nominees this year with a genre album nomination (for Best Progressive R&B Album), and she also has a nomination in Best R&B Performance for “Lightning & Thunder” featuring John Legend. If Aiko wins AOTY, she’ll be the first female R&B artist to do so since Lauryn Hill with “The Miseducation of Lauryn Hill” (1999).

If the name Black Pumas sounds familiar to you, it’s because last year this American roots/soul duo got a surprise Best New Artist nom. Black Pumas has two members, singer-songwriter Eric Burton, and multi-instrumentalist Adrian Quesada, and together they scored another surprise nomination in the general field for Album of the Year, as well as additional Record of the Year and American Roots Performance noms for “Colors.”

But in hindsight Black Pumas’ nomination shouldn’t have been that surprising. The Grammys have had a thing for Americana recently, and the duo makes very academy-friendly retro-soul music. Quesada is also a past Grammy nominee with the band Grupo Fantasma in Latin categories. Still, hardly any of us were anticipating a nom for this collection: it was originally released in mid-2019 (which would normally have made it ineligible for this year), but found a loophole since most of the material on the deluxe version are new recordings (barely), and the album didn’t get any nominations last year.

A win for Black Pumas would be a huge accomplishment since the band is signed to an indie label. It would also be an unusually low-charting album to win the top honor, peaking at number-200 on the Billboard 200 as of this writing, though notoriety from their Grammy noms could raise them up in the coming weeks.

Perhaps you didn’t remember that Coldplay even released an album in late 2019. “Everyday Life” had limited commercial success relative to their earlier efforts, peaking at number-seven on the Billboard 200. However, it is definitely a Grammy-friendly record, full of emotional songs touching on topics like death, war and loneliness, as well as more upbeat cuts (the single “Orphans” is a good example of both).

Coldplay also seems to be a Grammy darling, scoring a surprise Pop Vocal Album nom for their “Kaleidoscope” EP in 2018. “Everyday Life” would be the first rock album to win the award since Beck’s “Morning Phase” in 2015, and it would be Coldplay’s third general field win after their Record of the Year and Song of the Year wins for “Clocks” (2004) and “Viva La Vida” (2009), respectively. But this is Coldplay’s only Grammy nomination this year.

SEE2021 Grammy nominations reactions: Music fans irate over ‘sketchy’ snubs, but give kudos to a couple of inspired picks

Perhaps the biggest head-scratcher of the whole Grammy nominations live stream came when Harvey Mason Jr. announced a certain Jacob Collier and his album “Djesse Vol. 3” in this category. But Collier’s nomination, while definitely unexpected, wasn’t random. He’s a respected musician who’s being mentored by Grammy legend Quincy Jones and has already won four Grammys for his arrangements.

Not only this, but Collier has many friends and collaborators in the industry, including but not limited to SZA, Lizzo, Charlie Puth, Ty Dolla $ign, Coldplay and Herbie Hancock. Collier’s musical style on “Djesse Vol. 3” ranges from R&B to electronica in a truly interesting listen at the very least. If Collier were to prevail here, it would be remarkable since the album hasn’t even charted on the Billboard 200, which just like Black Pumas, could be a victory for smaller artists. Though if he does pull off the upset of the year, expect “Djesse” to chart soon thereafter.

Moving on to a less unexpected but still surprising nod, HAIM’s “Women In Music Pt. III” was definitely not on most people’s AOTY lists. But it’s one of the most acclaimed albums of the year with an 89 MetaCritic score, just edging out Taylor Swift and Dua Lipa for the highest score out of the nominees this year.

HAIM also continue the trend of rock/alternative albums nominated in AOTY following last year’s bids for Vampire Weekend‘s “Father of the Bride” and Bon Iver‘s “I, I.” HAIM aren’t first-time nominees, though, having scored a Best New Artist nom back in 2015, and they have another nom this year for their song “The Steps” in Best Rock Performance.

If HAIM were to win, they’d be the first rock women to prevail since Alanis Morissette’s “Jagged Little Pill” way back in 1996.

The last three nominees are the ones that most people had been predicting to get in, starting with Dua Lipa and her massively acclaimed sophomore project, “Future Nostalgia.” The album got five nominations, including bids across the board in the general field, plus Pop Solo Performance for the lead single “Don’t Start Now” and Pop Vocal Album.

Dua Lipa also got a surprise Pop Duo/Group Performance nomination for her Latin crossover “Un Día (One Day)” with J Balvin, Bad Bunny, and Tainy. Clearly there’s a love for Lipa in the academy as she’s also a two-time winner, taking home Best New Artist and Best Dance Recording in 2019. She would be the first Brit to win since Adele’s sweep back in 2017 for “25.” Lipa would also join the club of Best New Artist winners who also won Album of the Year, joining Billie Eilish, Adele, The Beatles, and more.

Post Malone is back for the third consecutive year earning general field nominations, this time with noms across the board for Record, Song and Album of the Year (though, surprisingly, no nominations at all in the pop field). Malone seems to be an anomaly of the nomination review committees, earning the majority of his noms in the general field, where final decisions are made by those blue ribbon panels. But despite being a mainstay in the top races, a win for Malone this year would be his first in any category.

Last but not least is returning champ Taylor Swift with “Folklore.” Swift is definitely not a stranger to the Grammys, being the most awarded out of the nominees this year (she has 10 gramophones on her mantel), and already a two-time AOTY winner. “Folklore” is one of the most acclaimed projects of the year, with the best reviews of her career. A win here would make her the first woman to win this category three times, and she’d join Stevie Wonder, Frank Sinatra, and Paul Simon as the only artists ever to score triple victories.