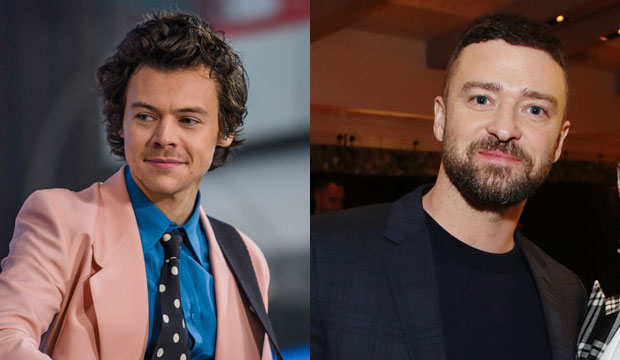 Grammy voters have long been ambivalent about boy bands, often giving them nominations but rarely wins. But when those pop stars go solo they sometimes fare better. Michael Jackson didn’t win until he left The Jackson 5, and Justin Timberlake had to wait until after he left NSYNC. Now it looks like Harry Styles will follow his One Direction success with a Grammy breakthrough as a solo artist.

According to the combined predictions of thousands of Gold Derby users, Styles is a likely nominee for Album of the Year (“Fine Line”), Record of the Year (“Adore You”) and Song of the Year (“Adore You”), plus Best Pop Vocal Album (“Fine Line”). These would be his first-ever nominations because One Direction was entirely overlooked while that group was together. But this is actually his second try at individual recognition. His self-titled 2017 solo debut was skunked by the recording academy.

So why would things be different now? Well, “Fine Line” has been a bigger success for Styles. It has a higher MetaCritic score and produced more hits than his previous album. Only one single from “Harry Styles” charted on the Billboard Hot 100 (“Sign of the Times,” which peaked at number-four). “Fine Line,” however, has posted five songs on the chart including the top-10 hit “Adore You” and his first-ever number-one song “Watermelon Sugar.” He even has the approval of music legend Stevie Nicks, who compared “Fine Line” to her band Fleetwood Mac‘s landmark “Rumours.”

SEEGrammys 2021: Will Post Malone run ‘Circles’ around The Weeknd, Dua Lipa and Lil Baby for Record of the Year?

Styles’s awards ascent could look a lot like Timberlake’s. His first solo album, “Justified,” was nominated for Album of the Year and won Best Pop Vocal Album in 2004. And to date, Timberlake has won 10 times out of 39 nominations, so that would be a pretty good path to follow for the 26-year-old Styles. But since he has never been nominated yet, is there any guarantee he’ll really break through?

Some of our users may be hedging their bets. We currently rank Styles seventh with 22/1 odds for AOTY, eighth with 28/1 odds for ROTY, seventh with 25/1 odds for SOTY, and fifth with 17/2 odds for Pop Album. That puts him on the bubble in all of those categories, and with nomination review committees making the final decisions in the top general field races, will they finally respect his artistry as they have his boy band predecessors?