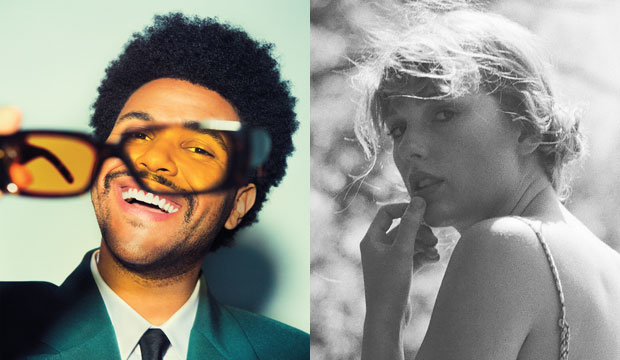 The 2021 Grammy nominations have music fans scratching their heads. Not everyone in our forums thought The Weeknd deserved nominations for his album “After Hours,” but most of them say that not even nominating his single “Blinding Lights” in any category “makes no sense and is hella sketchy.” And they’re equally nonplussed at Justin Bieber earning four noms despite mixed reviews for his 2020 music.

That said, a number of forum posters give kudos to top nominees like Jhene Aiko, whose “Chilombo” is part of “the strongest [Album of the Year field] in a while.” Suffice it to say that this year’s noms were a mixed bag. See what some posters had to say about these wild and crazy noms below, and join the discussion here in our forums.

Rich Thot: “No matter how you flip it or frame it, The Weeknd getting skunked makes no sense. Once again, I don’t like the album or ‘Blinding Lights.’ However, the biggest song of the year (‘Starboy’ couldn’t claim that), a pop song at that, one of the top three biggest albums of the year, solid acclaim, campaigned like hell, has appeared in the general field, did well at these basic populist award shows. And then you look at what he was snubbed for. The shit makes no sense and is hella sketchy.”

Miss Americana: “Honestly, watch out for ‘Black Parade,’ [Beyonce] got 9 noms, that song could hit wins.”

moriahface: “There’s no excuse for [snubbing] ‘Blinding Lights,’ especially in the [general field]. I don’t even love him much but it’s just insane.”

24fanatic: “Something to note… for all the talk of diversity and inclusion in the nominations, I feel like the blue ribbon panel (with omitting The Weeknd and other contenders) set up the general field for white artists to win in all four categories. Just saying.”

betty: “There’s a lot of Black artists nominated in Song and Record. Beyoncé could easily take Record of the Year, she’s overdue and it’s a song with a Black Lives Matter narrative behind it.”

Elusive Chanteuse: “Upset about [Maren Morris] being snubbed in the GF. ‘The Bones’ deserved at least SOTY. It’s a fantastic song, and much more deserving than some of the nominees.”

TomAndJerry: “The Grammys are weird. The politics that are playing in there is definitely going to ruin them. Their credibility is already questionable and they took it a step further.”

folklorevoodoo: “The AOTY category this year is probably the strongest it’s been in a while. SOTY and ROTY are a mess though.”