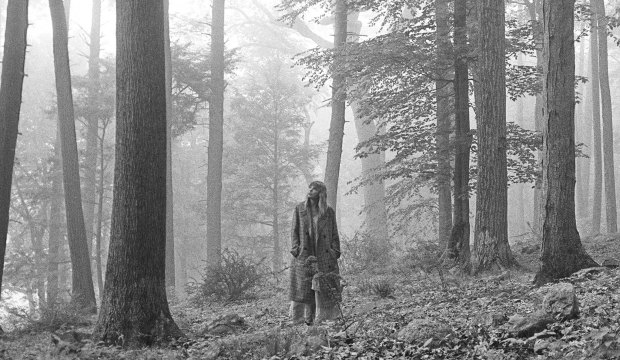 The Grammy for Song of the Year is strictly an award for songwriters, as opposed to Record of the Year, which is for a recording as a whole and goes to the artist, producers, and engineers. There’s usually significant overlap between the two categories, but big hits with relatively lightweight subject matter tend not to get writing plaudits. Thousands of Gold Derby users have been predicting this year’s nominations here in our predictions center. Those forecasts have been combined to generate our official racetrack odds. Here’s who they think will make the cut for Song of the Year.

This is the front-runner for both Record and Song of the Year, and for good reason. The two awards have been in lockstep for four of the last six years, including the last two in a row (Childish Gambino‘s “This is America” in 2019, Billie Eilish‘s “Bad Guy” in 2020). With its emotional romantic themes, if “Blinding Lights” is the Record of the Year favorite, it’s likely to win here too.

This is the kind of dance-pop hit that might be a stronger bet for its production than its songwriting, but resilient breakup songs are popular subject matter for songwriting awards too. Just look at past winners like Beyonce‘s “Single Ladies” and Adele‘s “Rolling in the Deep.”

We’re not betting on a Record of the Year nomination for this crossover hit, but the recording academy often saves a slot or two for a lyrics-driven country song, like Miranda Lambert‘s “The House That Built Me” (2011), Little Big Town‘s “Girl Crush” (2016) and Tanya Tucker‘s “Bring My Flowers Now” (2020). So this could be country’s best bet in 2021.

The Grammys love Swift, who is tied as the most nominated female songwriter of all time in this category with four past bids (“You Belong with Me,” “Shake it Off,” “Blank Space” and “Lover”). And “Cardigan” is from Swift’s most acclaimed album yet, even though this wasn’t her most dominant hit. She has never won Song of the Year, so watch out for her to potentially win an overdue trophy.

SEE16 Grammy records and milestones to watch for at 2021 awards include Beyonce, Taylor Swift …

This timely protest song in support of the Black Lives Matter movement could earn a nom here like past political songs Macklemore and Ryan Lewis‘s “Same Love” (2014), Kendrick Lamar‘s “Alright” (2016) and the aforementioned “This is America” (2019). And H.E.R. was nominated in this category last year for “Hard Place.” She has earned multiple surprise nominations in the general field over the last two years, so maybe it’s about time we’re actually predicting her.

Apple has never been nominated for Song of the Year, and “Shameika” wasn’t a huge hit, but voters sometimes nominate a more alternative artist for songwriting, like Bon Iver‘s “Holocene” (2012) Lorde‘s “Royals” (2014) and Lana Del Rey‘s “Norman F*cking Rockwell” (2020). We think Apple is one of the top contenders for Album of the Year, so an accompanying songwriting bid is a strong possibility given that lyricism is one of her strong suits.

SEE2021 Grammy predictions: These will be the 8 nominees for Best New Artist, according to our odds

Post Malone has been nominated twice for Record of the Year (“Rockstar” in 2019, “Sunflower” in 2020), but he has yet to be nominated for writing. However, “Circles” was a huge hit, a fixture in the top 10 of Billboard’s Hot 100 for most of the year, and it’s written with heart-on-its-sleeve emotions about love gone wrong, so this might be his most Grammy-friendly song to date.

Speaking of Grammy-friendly songs, Styles has never been nominated by the recording academy, but he submitted this love ballad that was a top-10 hit and fits the mold of past romantic winners like Lady A‘s “Need You Now” (2011) and Ed Sheeran‘s “Thinking Out Loud” (2016) But will it be enough for the recording academy to finally take this former boy band member seriously?