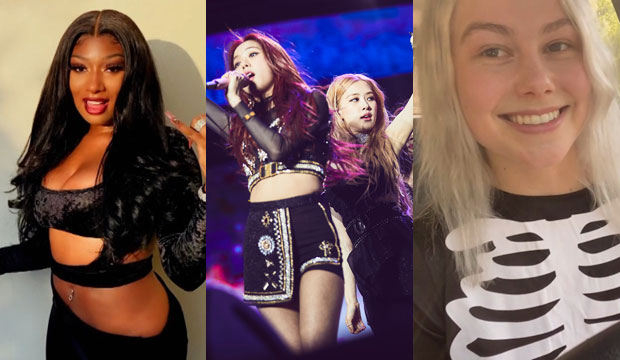 The Grammy Award for Best New Artist is one of the most highly coveted prizes in the music industry. Having been awarded to megastars in past years like The Beatles, Mariah Carey, Adele, Alicia Keys and Maroon 5, all eyes are on this category this year to anoint the next icon in the making. Let’s take a look at this year’s biggest contenders.

With the exclusion of Roddy Ricch and Lewis Capaldi (both ineligible due to receiving past nominations), most people are feeling hip-hop superstar Megan Thee Stallion to win this award, according to the combined predictions of Gold Derby users. She’s helped by two massive hits this year: “Savage” featuring Beyoncé, which is also a big contender for Record of the Year and in rap categories, and the Cardi B collaboration “WAP” (which wasn’t submitted for this year’s Grammys). Megan also has a couple more hits under her belt, such as “Hot Girl Summer” and “Cash Shit.”

In addition, with the ongoing political climate in the US and the criticism the Grammys have received for not awarding hip-hop as much as other genres, Megan Thee Stallion could receive a nice boost to win this top honor. As voting was underway she also appeared on “Saturday Night Live” as a musical guest and delivered a message to “protect Black women” as she addressed the murder of Breonna Taylor earlier this year by Kentucky police. Megan would join Arrested Development, Lauryn Hill, Macklemore and Ryan Lewis, and Chance the Rapper as the only hip-hop artists to win this award.

Also joining the BNA conversation is singer/rapper Doja Cat. This LA native rose to prominence this year with her smash hit “Say So” and has notched a few other hits like “Juicy” and “Like That.” That said, Doja’s controversial actions and comments have been prominent enough to possibly cost her votes. Not only that, but her association with infamous songwriter/producer Dr. Luke (whom Kesha has publicly accused of sexual assault) could upset some voters who might feel like giving her a win is, in some way, giving Dr. Luke a win.

R&B singer Summer Walker is also a front-runner, with her platinum album “Over It” being a big success. R&B hasn’t won BNA since John Legend in 2006, so voters might feel like it’s time to anoint a new R&B superstar. Walker might also be joined by genre peers like newcomer Kiana Ledé and acclaimed songwriter Victoria Monét, who has penned hits for artists like Chloe x Halle and Ariana Grande.

The country genre has multiple top contenders that could be nominated here. The biggest out of these is probably Morgan Wallen, who has been one of the leading country artists of the past two years, with his top 40 hits “Whiskey Glasses,” “Chasin’ You” and “7 Summers.” Wallen’s persona might be a little too bro-country for the Grammys, who tend to go with more traditional country picks, but his crossover success could land him a nomination. That said, it’ll be interesting to see if Wallen’s cancelled “SNL” performance due to not following COVID-19 safety rules could have turned off the nomination review committee or voters at large.

Four other big country contenders are also vying for a spot. The most popular of these is Gabby Barrett, whose hit “I Hope” has skyrocketed to the top of the country charts. But Barrett, similar to Doja Cat, could perhaps be hurt by negative associations: she said she was “honored” to perform for Donald Trump in 2018, and she has liked tweets that opposed reproductive rights, that called wokeness a “nasty religious cult,” and that included an article decrying the “sins” of “homosexuality, abortion, fornication.”

With the elections coming so soon, and the Grammys being typically more liberal (consider past winners like “Not Ready to Make Nice” by The Chicks and “This is America” by Childish Gambino), could Barrett be skipped due to her politics? Not only this, but her lack of a second hit could be enough for the Grammys to just honor “I Hope,” and not Barrett as a breakthrough artist overall.

Other country breakouts this year are Mickey Guyton, Ingrid Andress, and Orville Peck. Guyton made headlines for her historic performance at the ACM Awards this year, and Grammy voters might likewise want to honor her as a rare Black woman to break out as a country star, and perhaps to introduce her to a broader audience. Andress on the other hand is a more typical country pick; she has written for other artists before (like past BNA country nominee Brandy Clark), and her hit “More Hearts Than Mine” was big on country radio. Finally, the mask-wearing, openly gay Peck, who makes very traditional country music, has been receiving major buzz this past year and would be an iconoclastic country choice. With so many strong contenders, who will the committee choose to represent the country genre?

SEEGrammy flashback 10 years ago to 2010: Taylor Swift (‘Fearless’) wins Album of the Year at age 20, a record that just got crushed

Alternative music also has multiple contenders that could surprise. The leading out of these is probably Phoebe Bridgers, whose album “Punisher” was met with widespread critical praise this summer. Bridgers has also had an extensive campaign this year, appearing on multiple TV and web shows like “The Late Late Show with James Corden,” “CBS This Morning,” and NPR’s “Tiny Desk Concert” series, to name a few.

Possibly joining Bridgers are other alternative acts such as internet phenomenon Joji, as well as Rina Sawayama. The latter, like Bridgers, could be helped by big critical support for her album, “Sawayama.” Others in the alternative world that could notch a nom include indie acts like Dominic Fike, Moses Sumney and King Princess, rockers Sam Fender and Yungblud, and electronic star Kaytranada.

Hip-hop has multiple contenders this year vying for noms, like Jack Harlow, whose viral hit “Whats Poppin” was a hit this past summer. But Harlow hasn’t notched another hit yet, and the Grammys often try to avoid possible one-hit wonders. There’s also Rod Wave, who has a big following, as well as two top-10 albums. Another strong possibility is Pop Smoke, who passed away this past February. Pop Smoke has seen incredible success on the charts, notching a number-one album and multiple top 40 hits off of it in the wake of his death. However, we haven’t seen a posthumous BNA nomination. Will this be the first?

Finally, pop artists are always strong possibilities in this category. Viral phenomenon Blackpink are vying to be the first K-pop act to get a Grammy nomination in this race; they are helped by high-profile collaborations with past winners like Cardi B and Lady Gaga. Also on the pop side of things is Conan Gray, whose hit “Heather” has been going strong on the charts. Gray has the approval of Grammy favorite Taylor Swift, and his singer-songwriter appeal might help him out.

Finally, there’s Tones and I, who had huge success with her smash hit “Dance Monkey.” The song might not be the Grammys’ cup of tea, but they might feel inclined to honor such a global hit with a nomination for this singer-songwriter. Other pop acts to look out for include singer-songwriter Alec Benjamin and indie darling Rex Orange County. And after helping his sister Billie Eilish collect numerous trophies last year, Finneas could now collect one here as an artist in his own right.

That’s a lot of possibilities. Who do you think has the edge?