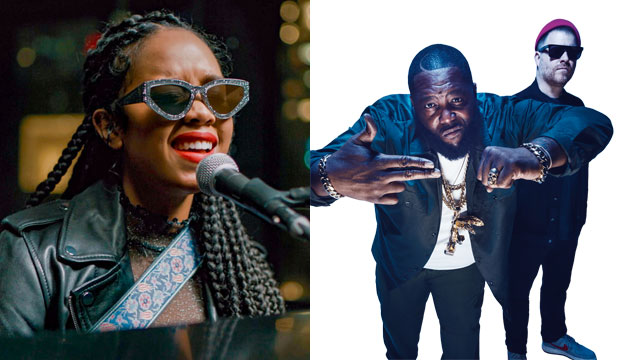 With this year’s Grammy Awards getting closer and closer, talk about the impact of current cultural events like Black Lives Matter on nominations is growing. It’s almost inevitable that the awards will, in some way or another, reflect the current sociopolitical climate in the US and the world.

The Grammys have a history of problems with inclusion. Many have criticized them for not honoring predominantly Black genres like hip-hop and R&B in the general field as much as pop and rock. Consider the recent losses of massively acclaimed albums by Black artists, most noticeably “Lemonade” and “Beyoncé” by Beyoncé, “To Pimp A Butterfly” and “DAMN” by Kendrick Lamar, and “Channel Orange” by Frank Ocean. Furthermore, hip-hop rarely wins in the Record and Song of the Year categories. As of 2020, only one hip-hop song has won those top honors (“This Is America” by Childish Gambino) despite hip-hop songs being nominated almost every year in the 21st century.

However, even before the George Floyd protests in May, the recording academy has been implementing changes to increase diversity in the voting membership and the awards themselves. One of these changes was appointing Valeisha Butterfield Jones as Chief Diversity and Inclusion Officer. The academy has also invited more voters, a lot of whom are from underrepresented groups. According to their New Members demographic, over 37% of new members are non-Caucasian, and 48% are women.

It’s expected that we’ll see a more diverse group of nominees this year. Songs directly addressing the movement for Black lives, like H.E.R.’s “I Can’t Breathe” and Lil Baby’s “The Bigger Picture,” are in the hunt for major nominations, as well as albums like Run the Jewels’s massively acclaimed, politically charged “RTJ4.” We might see a more diverse set of winners this year too. According to Gold Derby’s official odds, all four general field categories are led by Black artists (The Weeknd for Album, Song, and Record; Megan Thee Stallion for Best New Artist), and other big contenders in these categories include BIPOC artists DaBaby, Roddy Ricch, Rina Sawayama and Summer Walker, among others.

Another factor that will probably affect this year’s nominations is the global COVID-19 pandemic. With fewer promotional opportunities available for big stars for a good part of the year, perhaps we’ll see lesser-known artists get an unprecedented boost in nominations. Not only that, but the increased attention to social media might help those artists whose audiences are largely centered around the internet, like Tik-Tok favorite Doja Cat, or artists with huge social media followings like BTS and Justin Bieber.

Regardless of what this year’s Grammys bring, we’re looking forward to seeing the best of this season’s music honored and acknowledged, while hopefully also seeing how these new changes in the recording academy pan out.